When starting out on my journey to make my own candles, I decided that I wanted to make sure that I was using all the best, sustainably sourced ingredients.

Making a candle involved far more science than I'd ever realised and when I started to research, I found out so much more than I bargained for. There was a lot of research and hours of testing, but it was worth it and I couldn’t be prouder of the end product. Here, I have broken down each element that goes into making a candle so you can see what’s going into your Amaura Eco-Luxury Candle.

First up is the wax. It is the largest component in the candle. 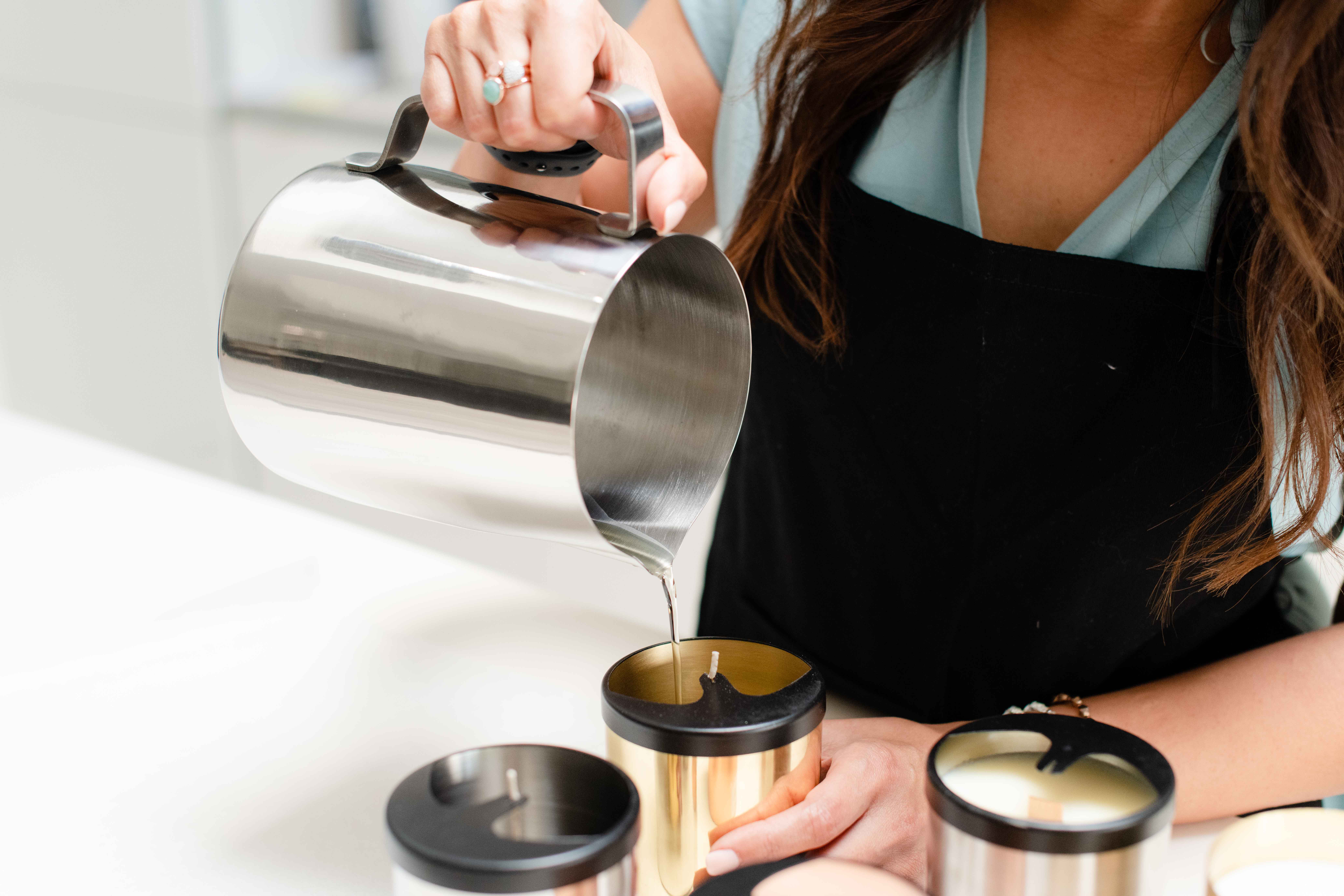 The main ingredient in candles is wax and I wanted to find one that would both provide a good scent throw, lasted a long time, was as safe for my family and good for our planet. With this in mind here is what I found:

Many well known or popular candle brands make their candles from from paraffin wax. Paraffin wax is low cost and well known for its strong burning and scent properties, but as a product of the oil industry, it is the very definition of unsustainable. Also, paraffin burns fast, so the luxury paraffin candle that looks bigger and hence better value actually requires you to replace your candle more often.

In addition, there is increasing research around whether there may be negative health effects associated with burning paraffin candles at home. A study conducted in 2009 found that burning paraffin candles can release harmful chemicals such as toluene. There’s a lot of conflicting information here, but I decided that since paraffin wax is linked to one the world’s most destructive industries, this ingredient wasn’t for me. 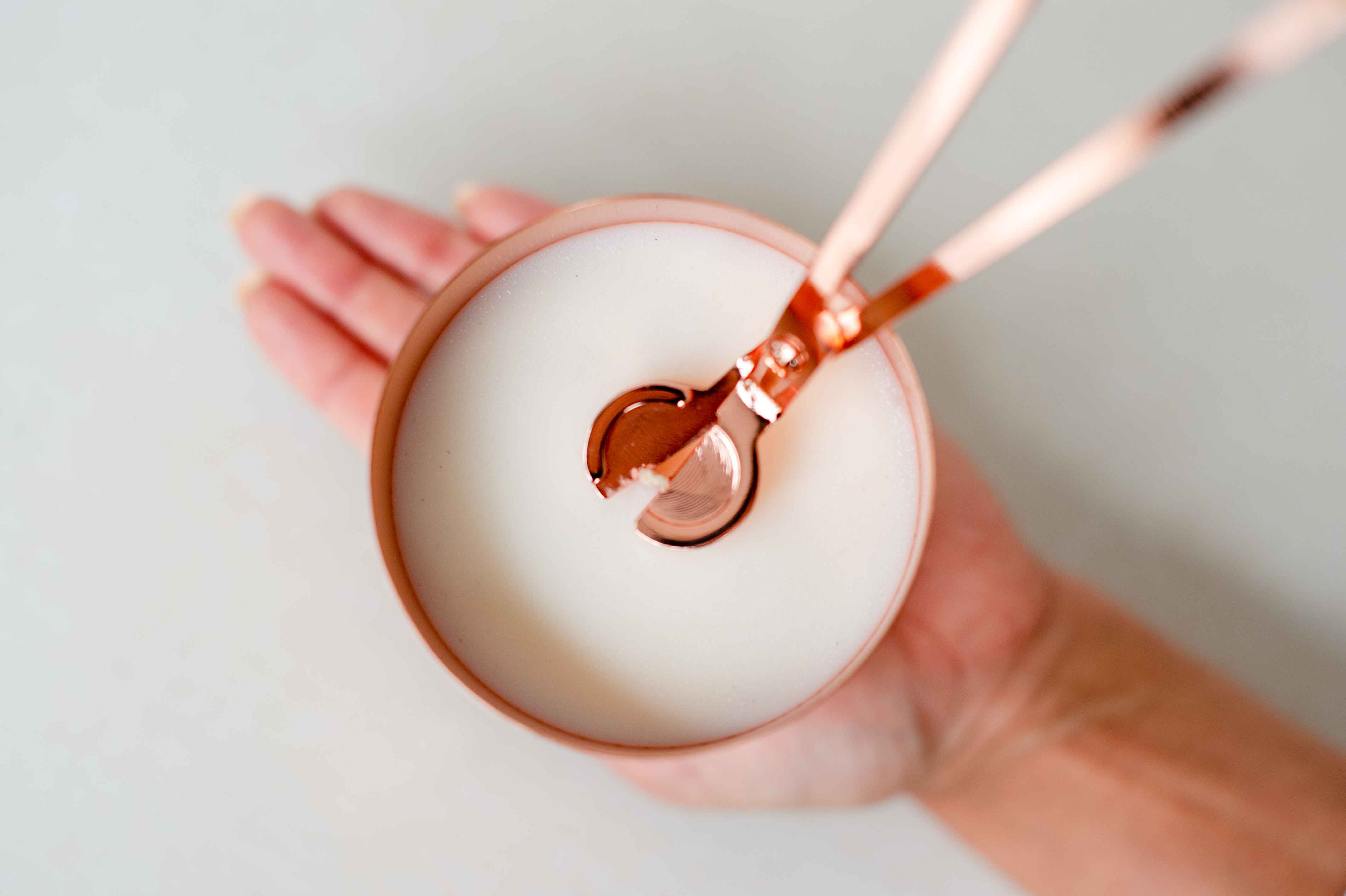 Then I looked at soy wax, which has become a popular choice for candle makers due to its natural credentials. But upon further research, I found that this wasn’t ideal either, due to the fact that soybean oil is a by-product of the huge soybean industry. Some people have started questioning the sustainability of soy due to the recent increase in demand for it, which has led to concerns around deforestation, particularly in South America.

There are however some manufacturers that do have ethical policies around growing soy in a different way that supports, rather than drains, our ecosystem. But we found it hard to source soy wax that was 100% non-GMO and sustainably farmed, despite the claims we see being made.

Soy wax does benefit from burning slowly, hence lasting longer, but can have trouble throwing a good scent. Which is the point of a fragranced candle.

Finally, I found my answer: coconut and rapeseed wax, a wax created from a 100% vegetable source that was sustainable. The coconut in our wax comes from smallholder farmers in the Philippines or Indonesia (approximately one-third of Filipino farmers and their families make their living from coconut production). There is no forest removal in order to plant new coconut trees and all farming contacts are closely monitored in that regard. Furthermore, our supplier is pioneering a programme to train farmers on sustainable coconut agricultural practices. 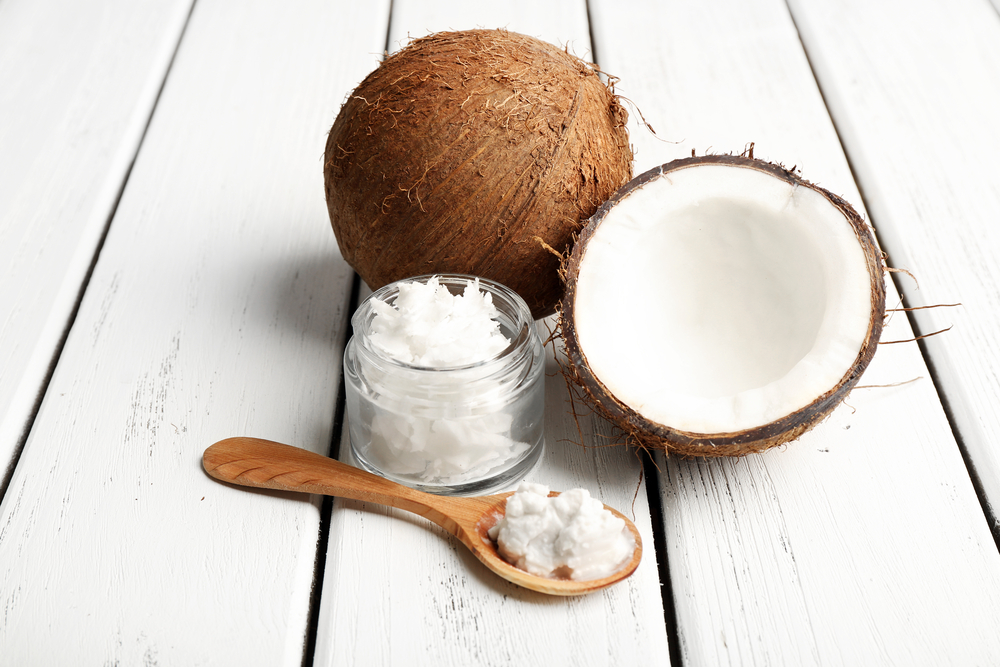 Rapeseed has multiple uses and is one of the oldest vegetable oil sources. It comes from the seed of the rapeseed plant. European rapeseed oil and wax is a sustainable material adhering to clear legislation.

Another key benefit of coconut and rapeseed wax is that it burns slowly, hence making your luxury candle last longer and it throws a fragrant scent very well too. It is also vegan friendly.

But the reason why it’s not as commonly used in candles is that it’s twice as expensive to use than the cheaper alternatives. Some brands have worked around this by creating ‘coconut wax blends’ which tend to be mixed with paraffin or soy wax, helping them to reduce the cost. 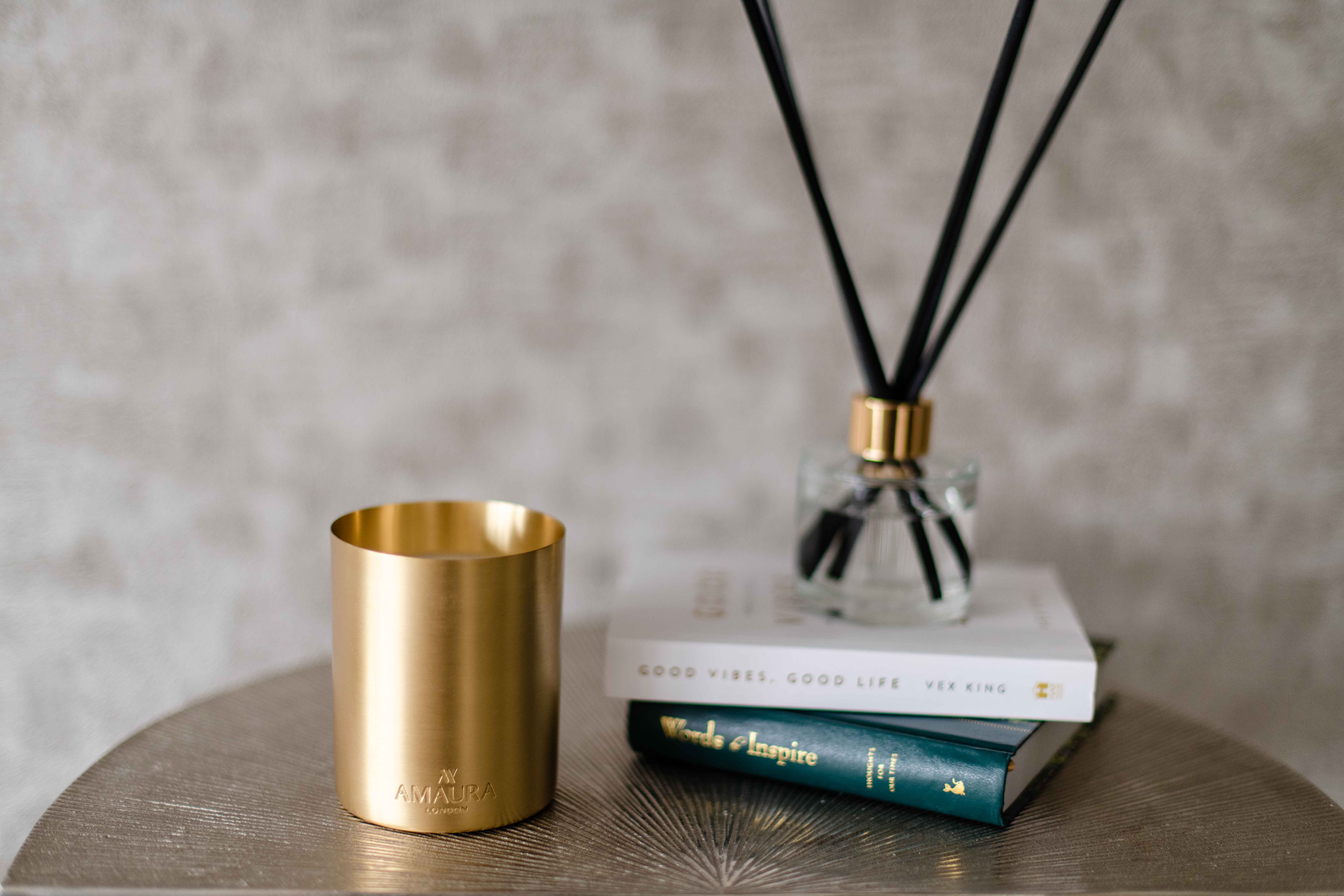 Amaura candles are made from 100% vegetable-derived coconut and rapeseed wax that come from a sustainable source. There is no forest removal in order to plant new coconut trees. It is completely free from paraffin, soy, palm, beeswax and synthetic additives. Coconut wax burns cleaner, producing less black soot which can discolour walls, ceilings and furniture. It also burns for longer, meaning you’re getting more therapeutic burning time from your candle (and your money).

It’s also worth noting that, since our wax is natural, it is different from normal paraffin waxes, so when the candle solidifies after a burn it may look a little lumpy or rough tops – don’t worry, once you relight after trimming the wick, this effect disappears and will return to a lovely pool of melted clean wax.