Building A Business From A Broken Heart

If you had to do a Ted Talk, what would be your chosen topic? This is a really good first date question (which I stole yes, thank you Kevin) because it pushes you to pinpoint the one topic you are an unparalleled expert on. If your date’s answer is something like sending food back in restaurants or arguing with strangers on the internet, you’ve saved yourself some time.

This is a two-step guide of sorts, for channelling heartbreak into something productive. And I don’t mean when you’ve picked up the pieces and you’re facing the world with fresh hope. I mean when you’re crying on your parent’s sofa, and the pain in your chest is so intense you can hardly bear it. That is when you really need some help. 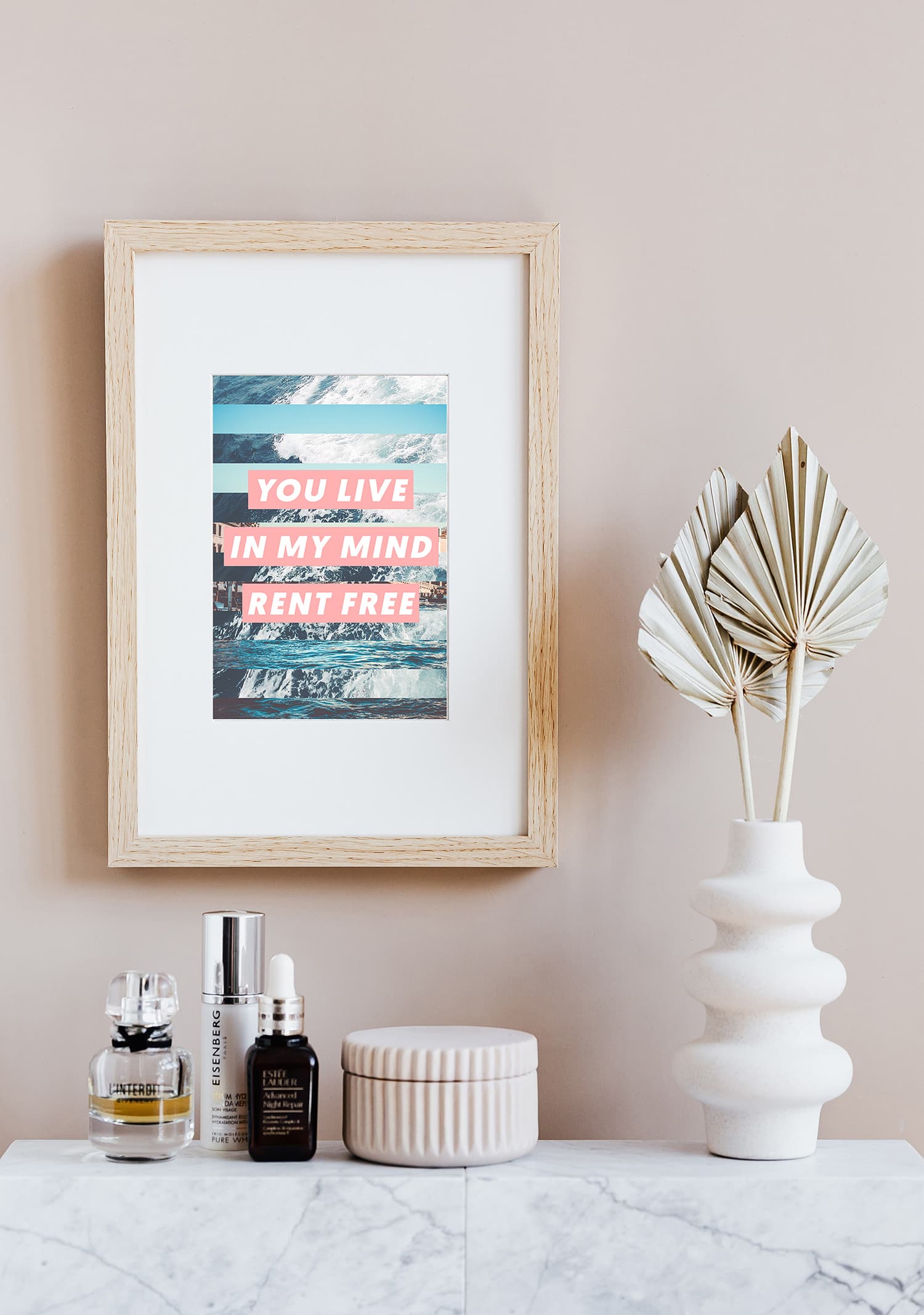 And trust me, I did the googling, and ‘taking walks in nature’ or ‘just being kind to yourself’ doesn’t scratch the surface when you’ve just lost the man you loved, the home you shared together and the future you thought you had. And bubble baths do sod all.

If you’ve been in this position – I think most people have – you’ll know that the intrusive thoughts and agonising memories that swirl around your head from morning to night are a form of slow torture.

The one thing I could do to quiet my mind was to pick up my laptop and start designing.

Graphic design had been my hobby for almost a decade, and I had dreamt of starting a business and selling my work for just as long. But life - and let’s be honest, a debilitating fear of failure - got in the way.

That first afternoon I designed 14 prints, 13 of which were frankly, terrible. But the joy of it was that I had spent hours engrossed in my work, and those relentless, crashing waves of grief had suddenly become still waters. I woke up the next morning and did the same thing. And I didn’t stop for three months. I didn’t realise it at the time, but I was laying the foundations of my business, Studio Dimanche. 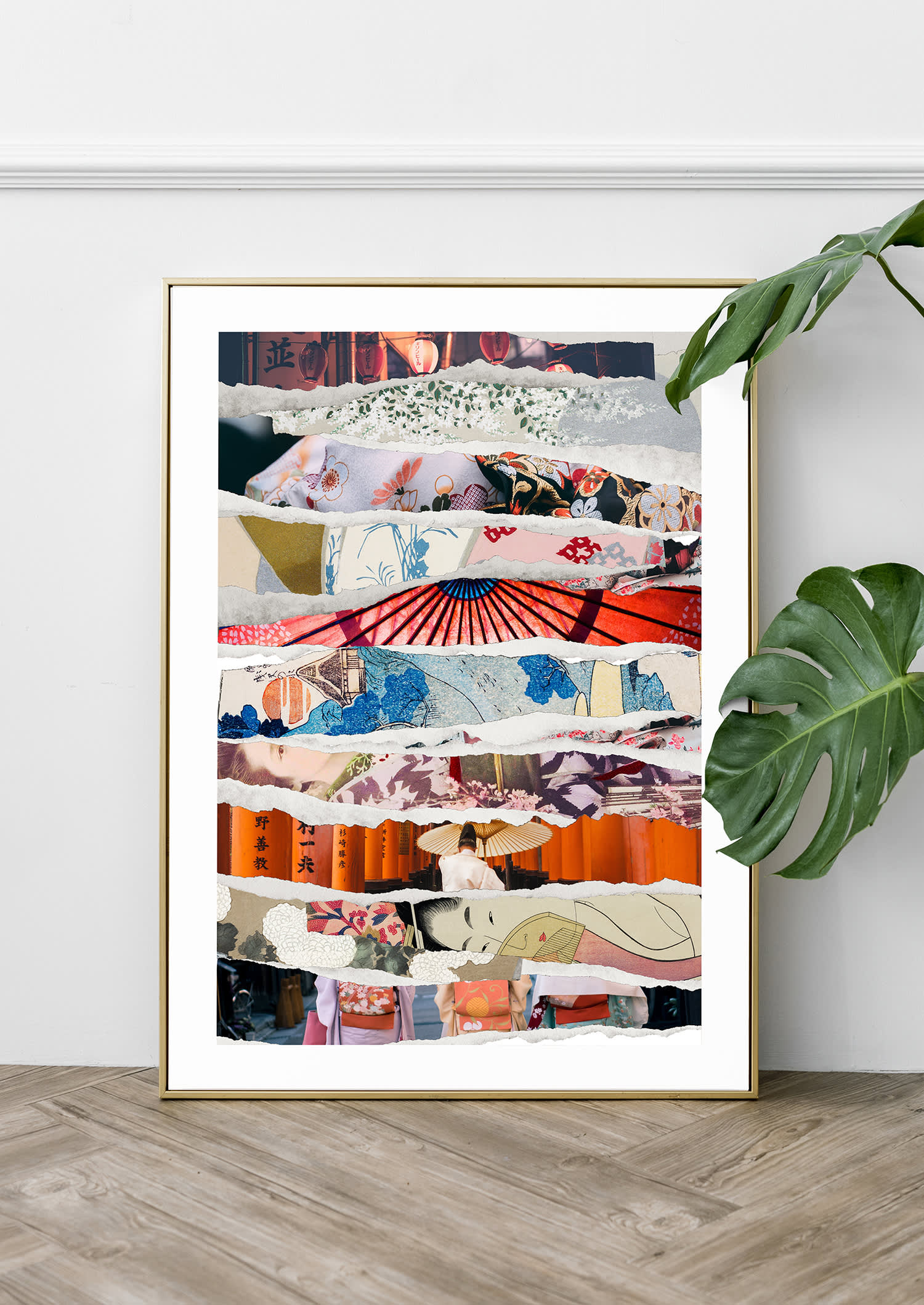 And that is my first tip. Productive distraction is a panacea in the first few months of heartbreak. For all the articles I read about processing your emotions, I just didn’t want to.

Now, I say productive distraction, because distraction can also be found at the bottom of a bottle of vodka, or in 16 series of Grey’s Anatomy. But your distracting activity has to give you something in return for it to work, you have to be better off after you’ve done it. Cooking, painting, writing, gardening – these sorts of activities are both engrossing enough and productive enough. Netflix isn’t.

And as a sidenote, when you’re picking your productive distraction, make it something achievable. If I had set out with the intention of launching a business, I would still be on my parent’s couch. Find your middle ground between easy enough to not dread it, and challenging enough to be proud of the end result.

Sometime during those first few months, I went through the boxes of my things now stored in my parent’s spare bedroom. I found a sample pack of poster paper ordered eight years earlier when the idea of printing and selling my work first arose. I launched Studio Dimanche shortly after, putting the fruit of my productive distraction out into the world. 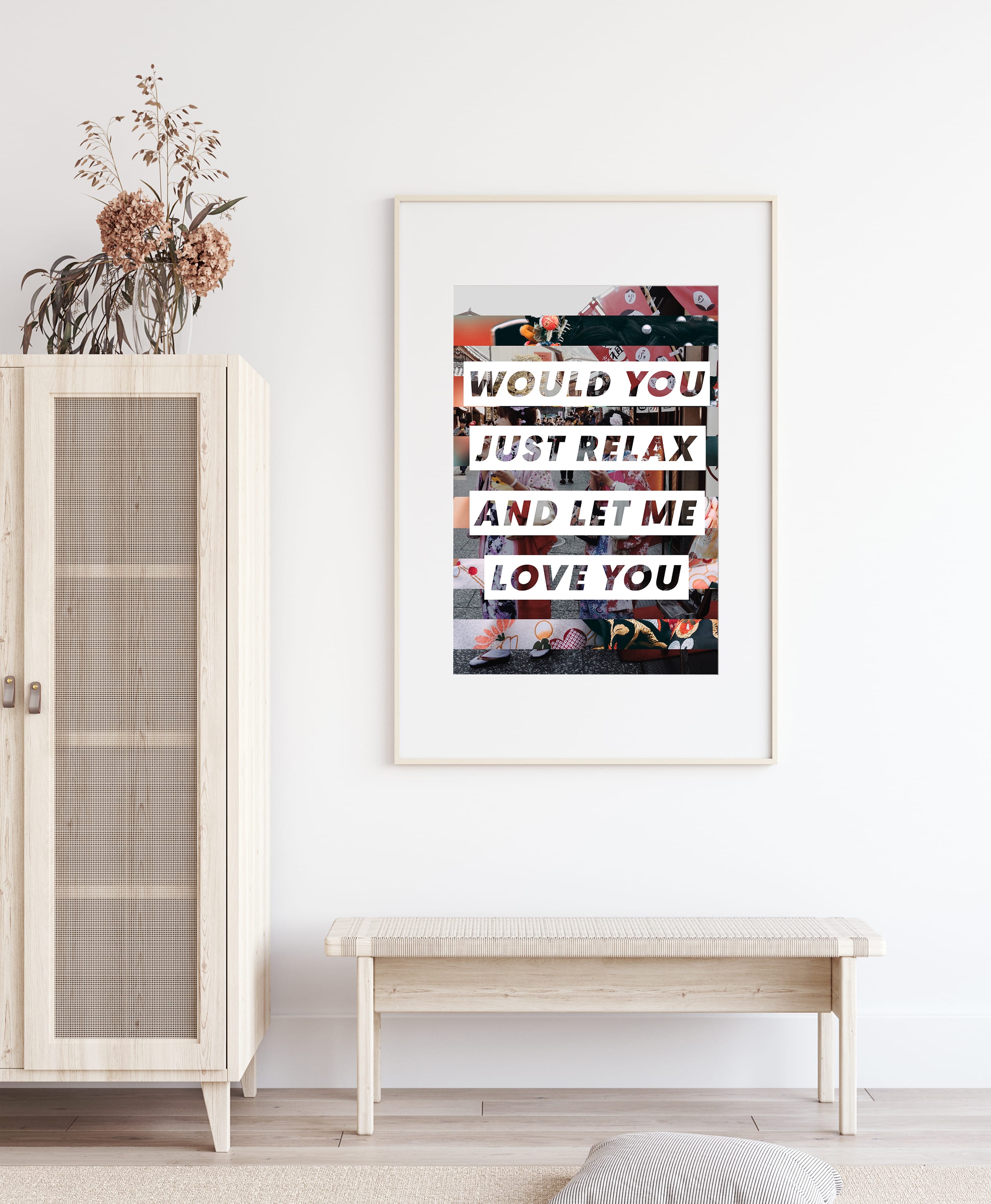 Heartbreak, I realised, was the only event in eight years strong enough to eclipse a fear of failure. And that is tip number two. As heartbreak lays waste to all the hope in your life, let it lay waste to the fear too. What’s a little failure when your world has crumbled around you? Who has time for self-doubt when your whole body aches with loss?

Take advantage of this peculiar moment when you don’t give a s**t about anything other than your poor old heart. Because how often in our lives can we say we are truly apathetic about fear, or judgement, or peer pressure? It’s a great moment to do that thing you’ve always put off. You’ve got a world of options when you’re working from a point of nothing.

As my business began to flourish, right in the middle of my heartbreak, I heard it repeated from many people close to me that ‘everything happens for a reason,’ as if one part of my life crumbled so that another could thrive. But I want to rearrange that sentiment a little, because loss rarely feels like a predestined and transformative event. In fact, I think a lot happens for no reason at all, and sometimes doing that one thing that makes you feel whole is your only lifeline. If you can make money doing it, silver lining.

Let Me Love You Giclée Art Print A3

First Time At The Rodeo Giclée Art Print A2

You're Not Alive Giclée Art Print A3

Bring Your Silk Scarves To The Walls

Beautiful, selected furniture is the bas..

How Interior Design Helped Me Through a Pandemic

I launched my interior brand at the end ..

The journey of IMESMERI started in Istan..

As a teenager I used to draw vibrant wat..