The Ancient Art Of Marbling With Manimekala

Marbling is a traditional method of creating abstract swirling patterns by floating ink on water, practised across the ancient world. Prized for its intricate patterns, each hand-marbled print is totally unique and impossible to re-create. Marbling is also famously tricky and temperamental - it takes a lot of practise to create these patterns.

It is believed that marbling was developed in Japan in the twelfth century, possibly by accident when the imperial family submerged ink paintings in water. They watched the ink release from the paper and float to the surface, capturing it on another piece of paper placed on top of the water, thus preserving the pattern. This technique was called suminagashi or “ink floating”.

In the fifteenth century, ebru or “cloud art” was developed in Persia, which used thicker paints and a thickened water solution, allowing more for control and manipulation of the floating colours. Popular patterns included the “French curl”, “Peacock” and “Tigers eye” and “Feather”, which were created by dragging fine-tooth combs across the floating ink to create swirling lines and curls. In seventeenth century Europe, these marbled papers were a luxurious decorative feature, often used on furniture and home goods, but these days they are used for fine bookbinding.

Marbling was such a valuable art that the technique was a closely guarded secret, with marbling masters taking extreme measure to ensure that spies could not steal their trade secrets. There are stories of marbling apprentices each being only taught only one step of the process and working behind partitions so that no one person could learn the whole technique. Marbling was seen as a mystical and magical art, similar to alchemy. In fact, this is how Manimekala’s founder Mekala first discovered marbling, when researching the history of alchemy for her university graduation collection.

At Manimekala, we are obsessed with print and have experimented with marbling anything we can get our hands on. As well as marbling silks and cottons which we then make into garments, we have also marbled boots, jewellery, and all sorts of home decor objets. Think coasters, phone cases and even our own finger nails! Join Mekala in Wolf & Badger’s London store this September as she shows you the secrets of this mesmerising craft as part of London Design Festival. In this workshop, you will learn an easy marbling technique and create your own prints on paper.

Manimekala combines aesthetics and ethics, partnering with artisan communities to create beautiful fashion that empowers both the wearer and the makers. Manimekala specialises in joyful, statement textiles and marbling prints are a signature of the brand. Bold and eclectic, Manimekala's statement designs are for those who want to stand out. 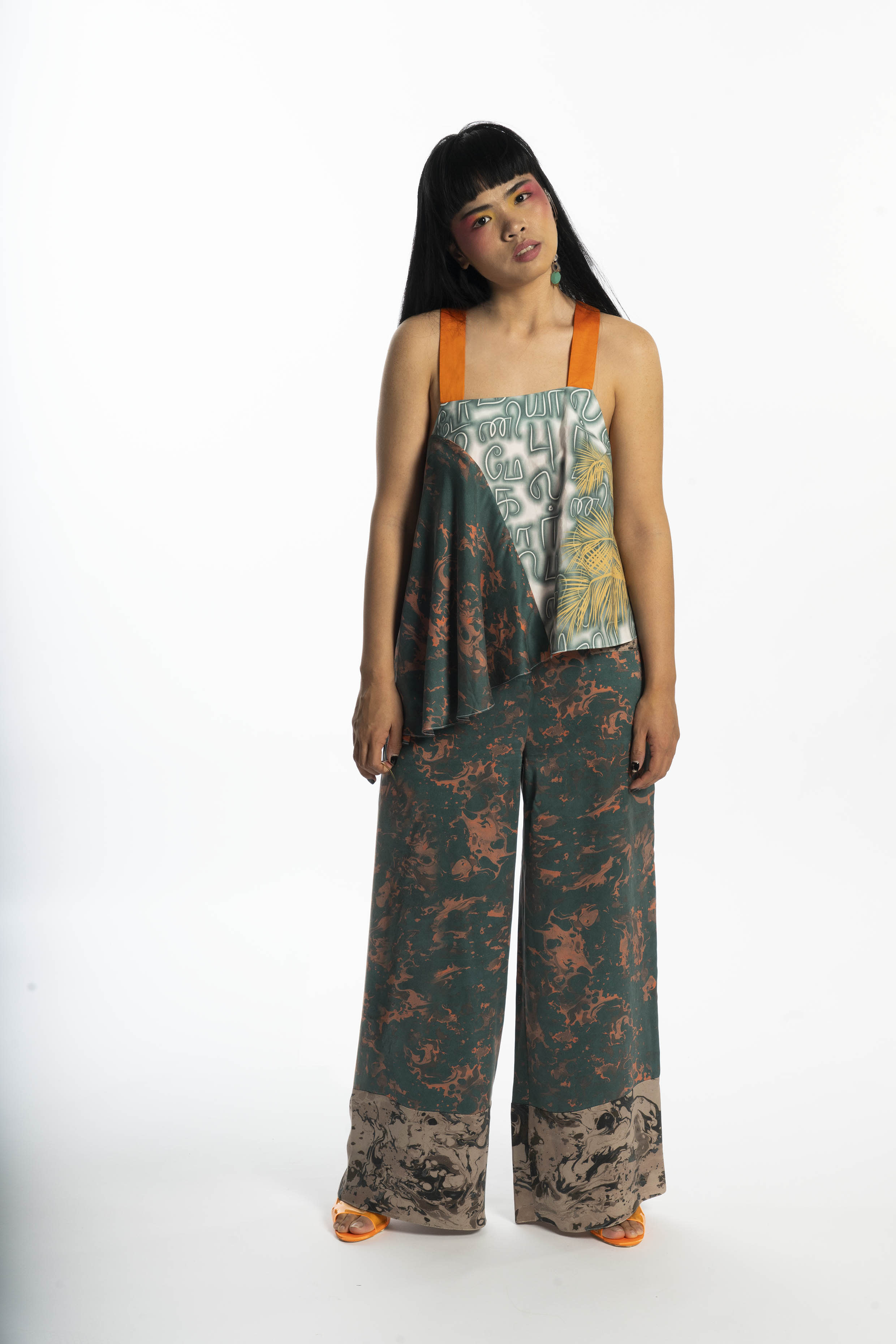 Based in the UK, Tribe Sports crafts sus..

GeeGee Collection is a contemporary Brit..