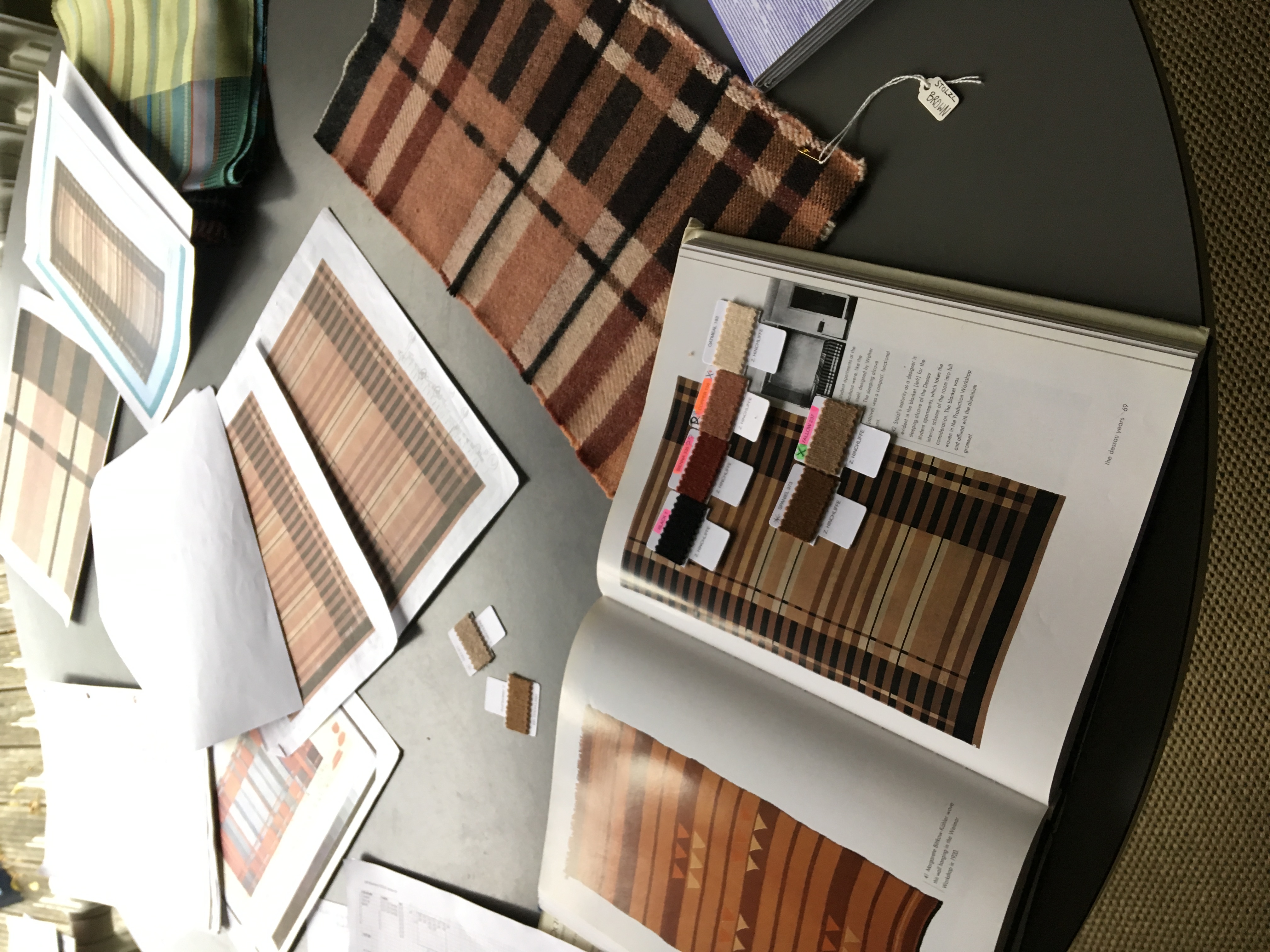 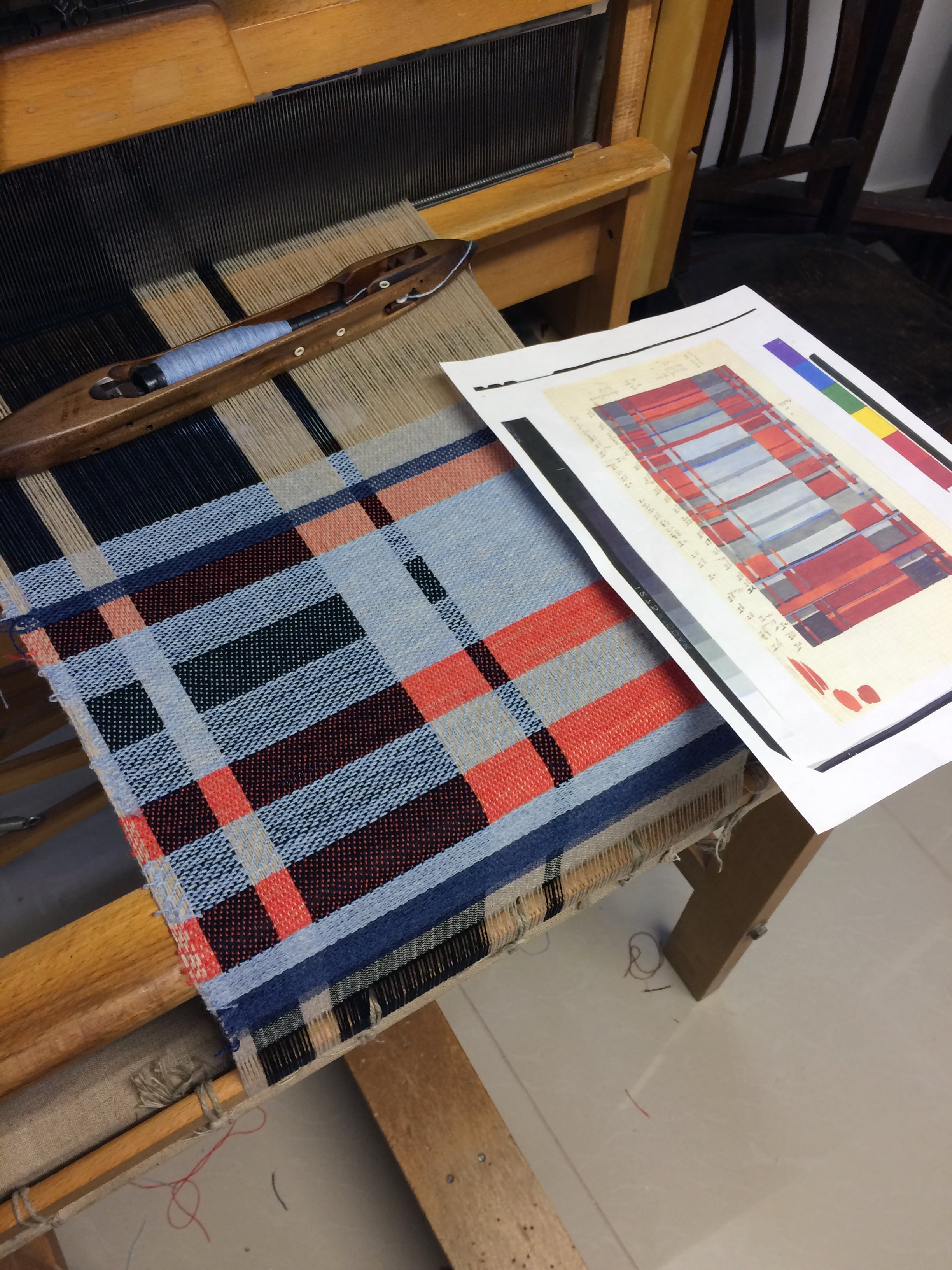 They started the process of recreation by looking back to a version woven for an exhibition in 1996, assuming that this had been copied from the original. However once work began, it became apparent that this example was not intended to be an exact replica of the original; it was more complex. Gunta’s style of designing, which was pared down and rigorous, convinced Wallace Sewell that the original design must have been uncomplicated, so that students would have been able to produce multiples by hand in the Bauhaus weaving workshop. So instead, they decided to continue the detective work by analysing an existing photograph of the original blanket. Sketches and colour swatches were followed by more detailed design development undertaken by hand on small looms in the Wallace Sewell studio, before weaving full-scale pieces at a mill in Lancashire. After weaving the fabric was ‘scoured’ (washed), ‘milled’ (controlled felting) and then ‘cropped’ (shaved) at a finishers in Yorkshire, before travelling back to the mill in Lancashire, where the fabric was processed by hand into finished blankets. 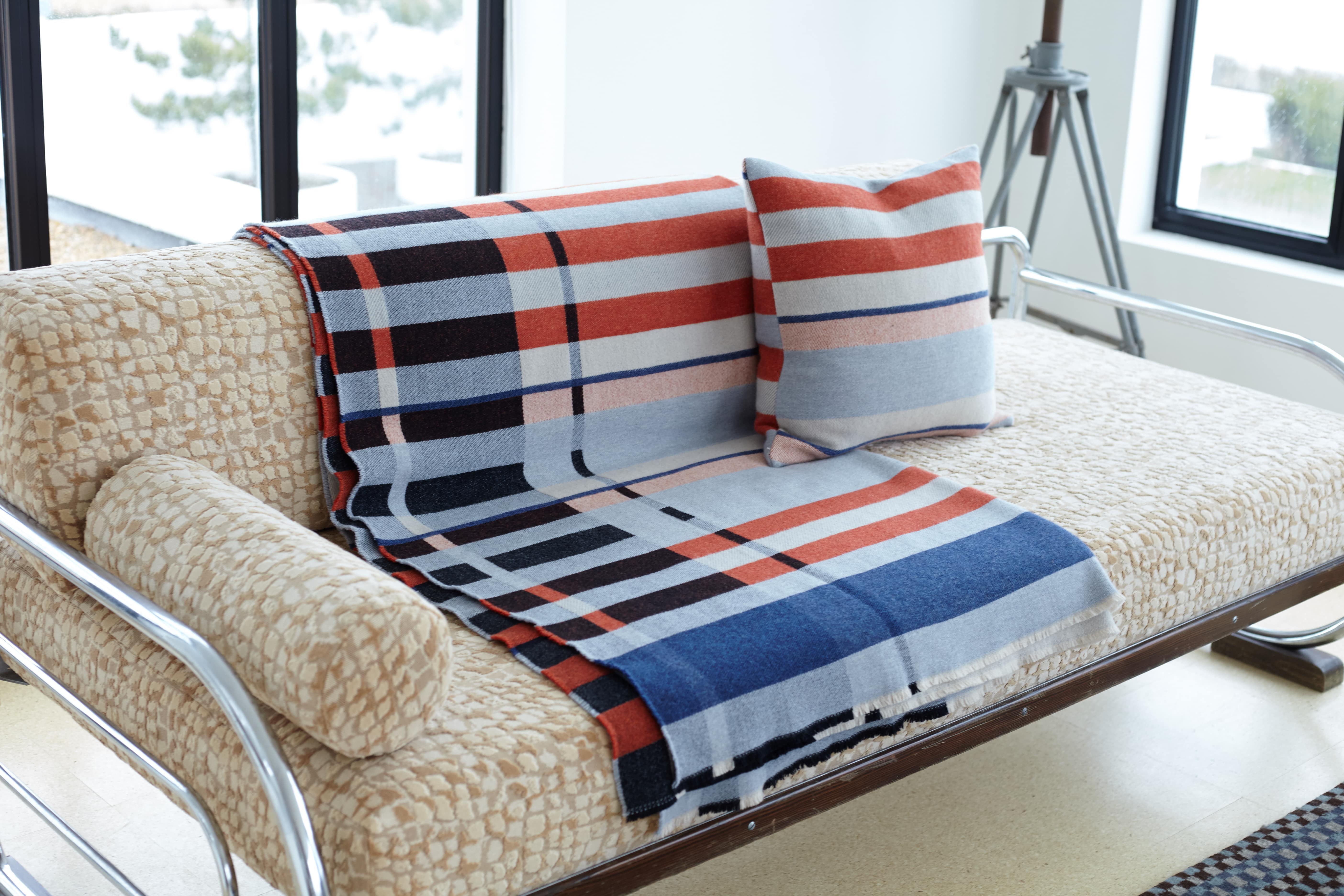 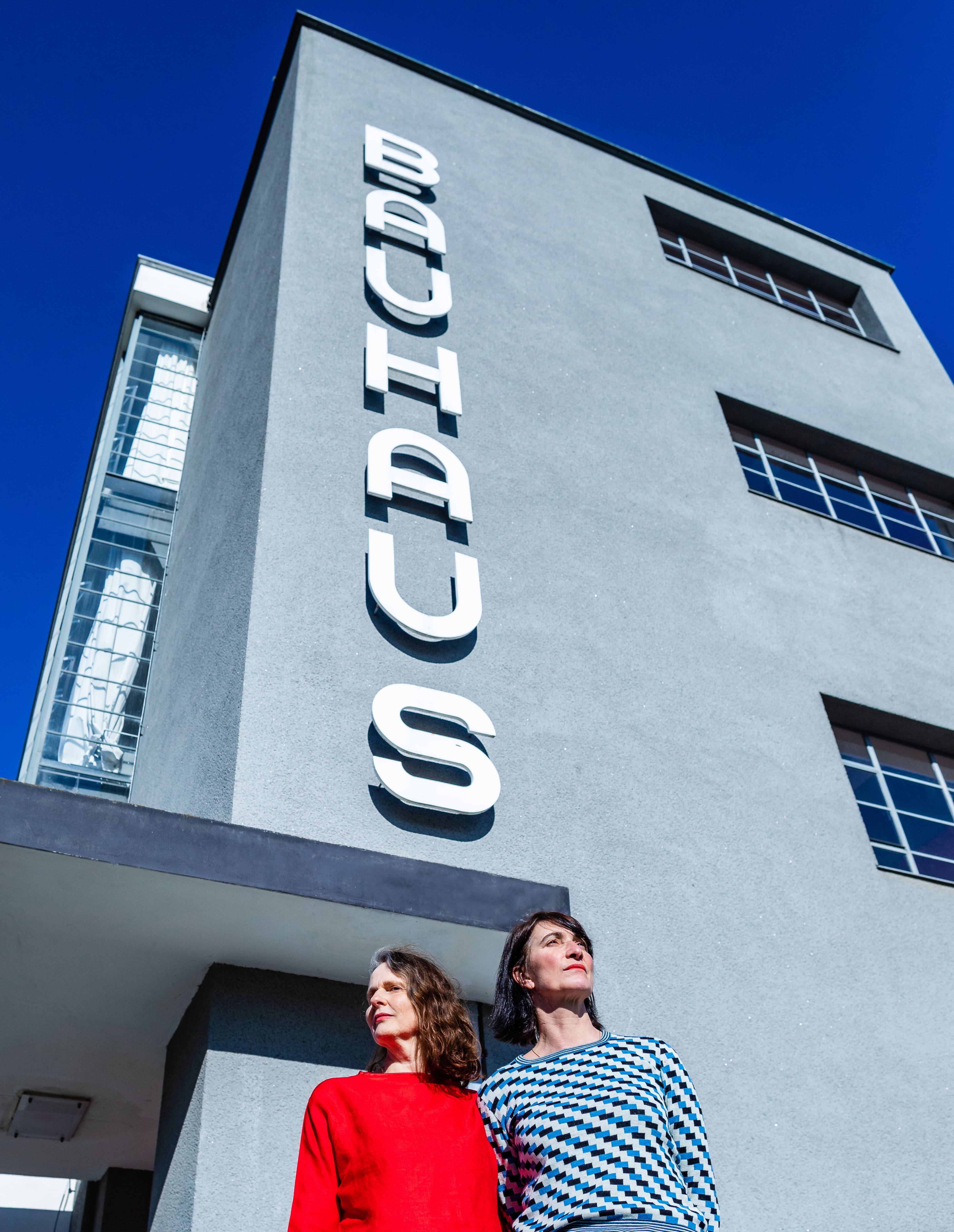 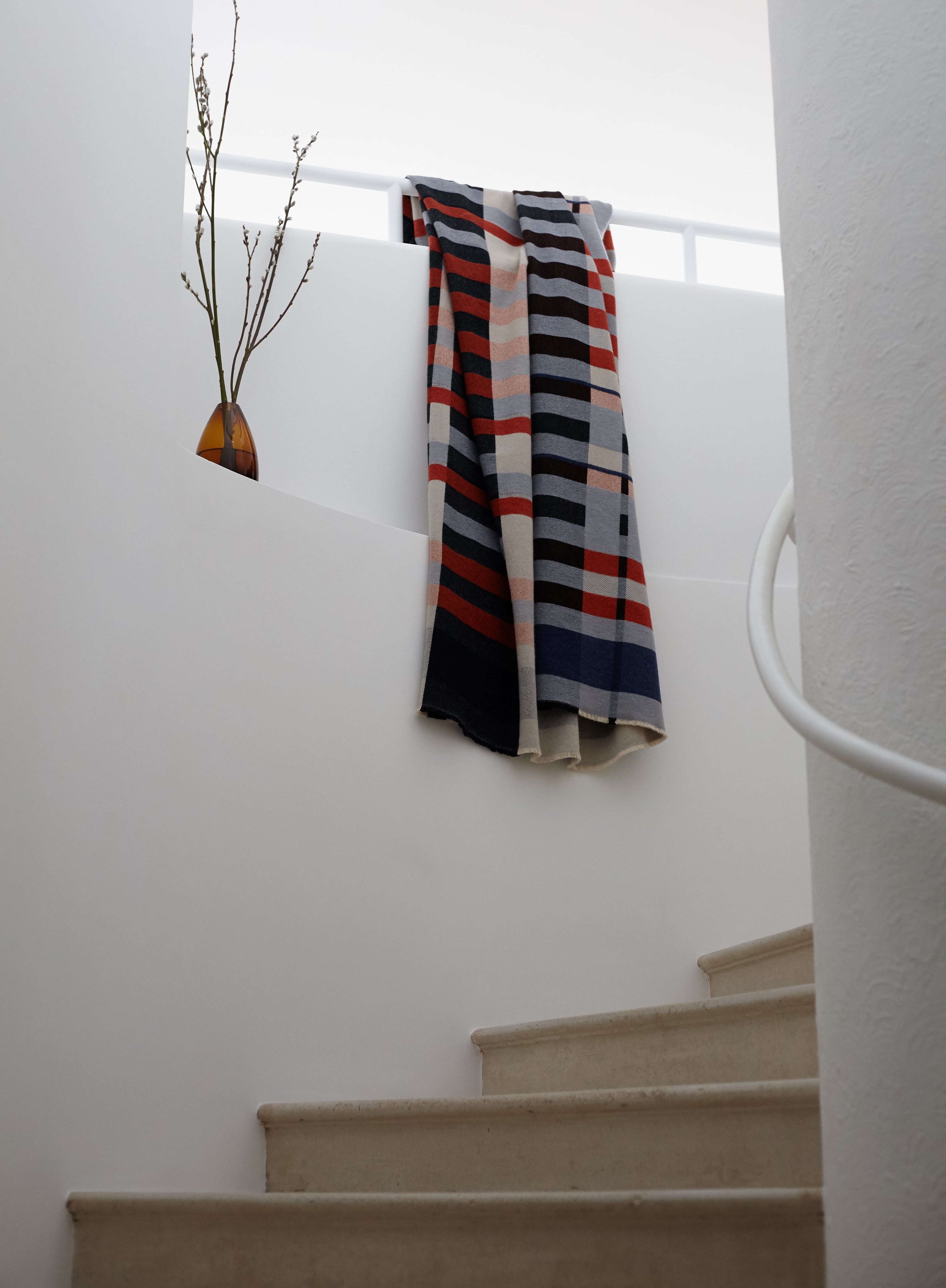 As we head into the next 100 years after Bauhaus, Wallace Sewell have created two more fresh colourways to round off this fascinating collection, exploring distinct colour groupings for a single bold design, in much the same way as Josef Albers did in his ‘Variant’ series paintings. 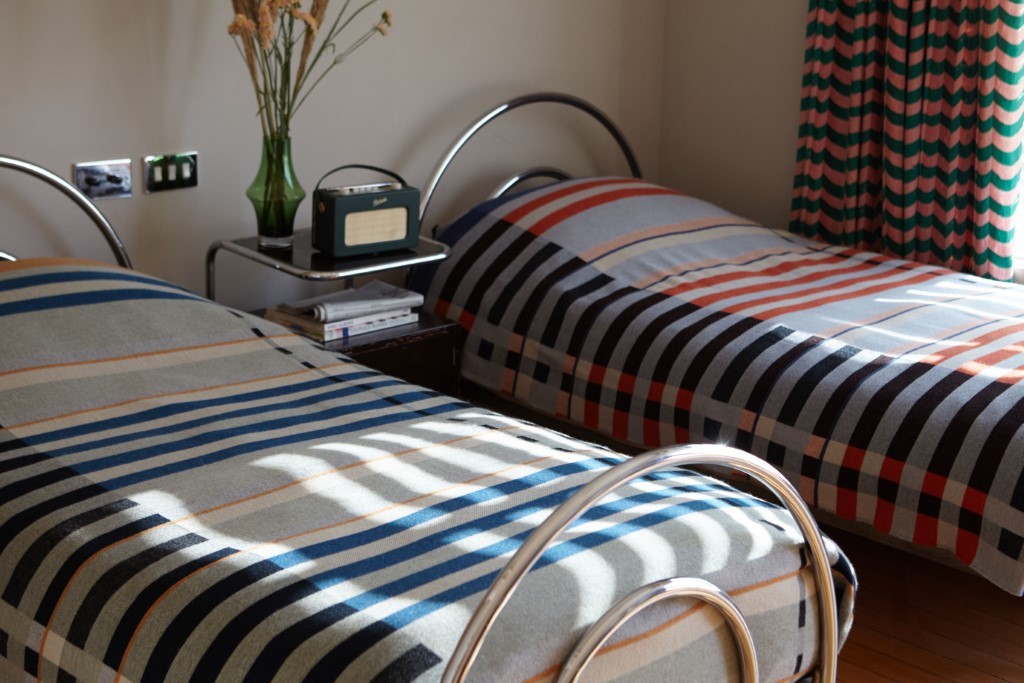 “Harriet Wallace-Jones and Emma Sewell are both artists who combine an outstanding understanding of colour with a deep technical knowledge of all aspects of weaving. Their clear artistic vision gives them the freedom to experiment with colours and materials without ever becoming arbitrary. It is precisely this quality - a desire to experiment, based on a strong creative foundation - that links their work to the legacy of the Bauhaus,” explained Jörg Klambt, founder Designshop Bauhaus Dessau and initiator of the project.