In 1999, I was working on my sociology graduate thesis about prostitution in post-war Lebanon. Never in my wildest dreams did I imagine that this would lead to the launch of Sarah's Bag or that we'd become an international fashion house and social enterprise that is still around 22 years later.

During my field research, I volunteered at an NGO called Dar Al Amal (House of Hope) that taught former prisoners and prostitutes skills to become financially independent. While I knew that there was no social safety net for Lebanese society's most vulnerable, the stories I heard from the women I met still shook me. I wanted to contribute to their efforts in rebuilding their lives and decided to start a line of handbags that would feature the decorative handwork of prisoners that I would train in Baabda women's prison. I had no design or business training, but I loved fashion. I did not have a business plan; I just started sketching ideas, put in $300 of my own money to buy raw materials, and went to the prison to meet the women.

I used to go to Baabda three times a week during the first two years. This was not an institution built to rehabilitate people; it was overcrowded, with women who committed minor misdemeanors thrown together with serious criminals. It took a few false starts to put together a skilful team. In May of 2000, we launched our first collection, a line of 12 bags, at an art and craft fair in downtown Beirut. Within two days, we sold out, and I immediately started working on the next collection. 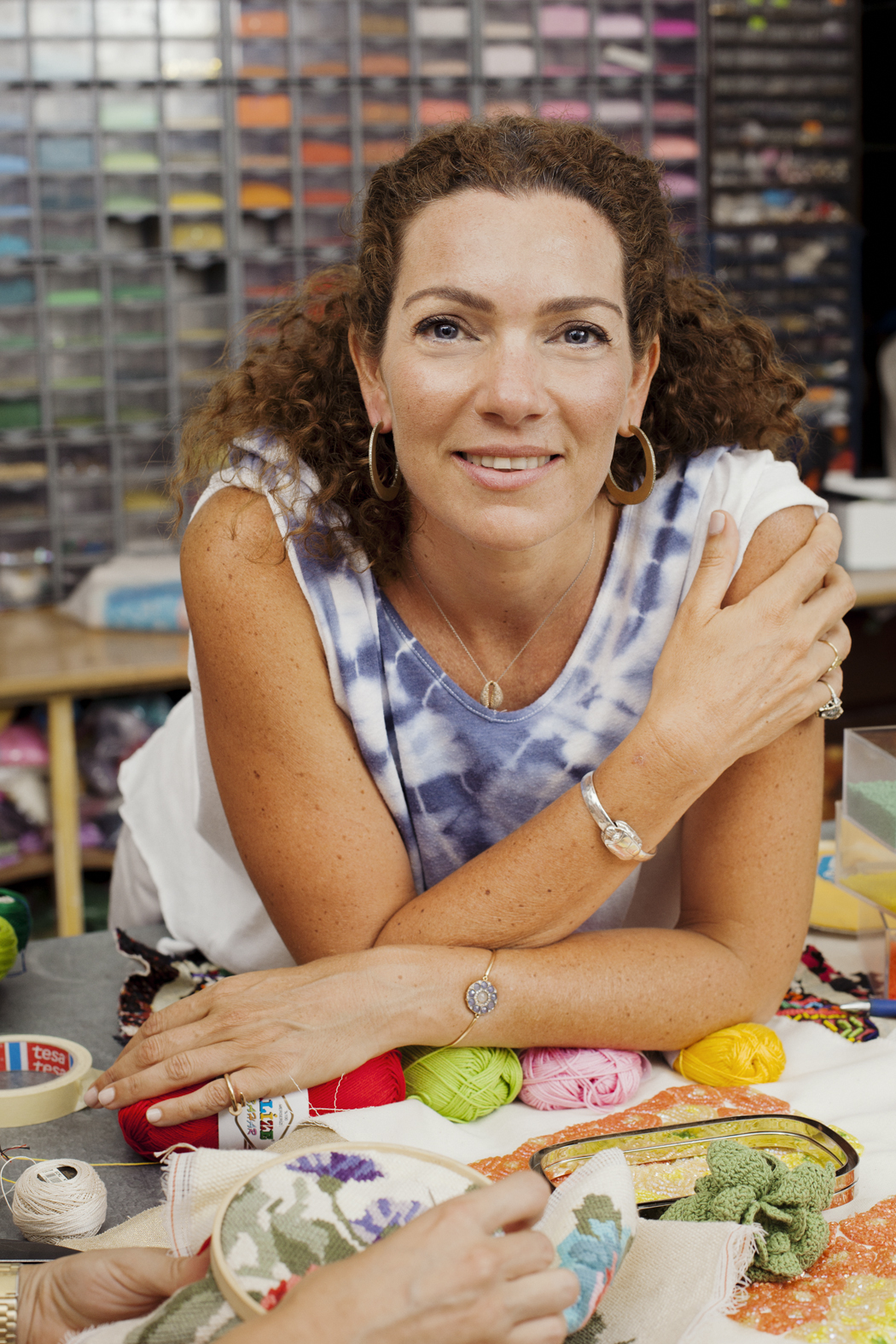 I brought my best friend Sarah Nahouli on board, and my uncle offered us a basement space to set up a small atelier and display area. We ran Sarah's Bag out of that basement the first three years. Our clientele was intrigued by this little fashion house that employed prisoners to create handcrafted luxury. They loved the idea of helping and empowering other women through a fashion brand.

Within the first few years of setting up, we expanded our team. We encouraged our artisans to train women in their hometowns and villages to work with us once they completed their sentences. This allowed them to provide much-needed jobs to their communities, helping them mitigate the stigma of being ex-prisoners.

We grew steadily during the first half of the 2000s due to the tourist boom and opened a new atelier and flagship boutique in a beautiful, sun-lit space in a traditional building. Our bags were seen on the arms of Queen Rania of Jordan and French icon Catherine Deneuve. 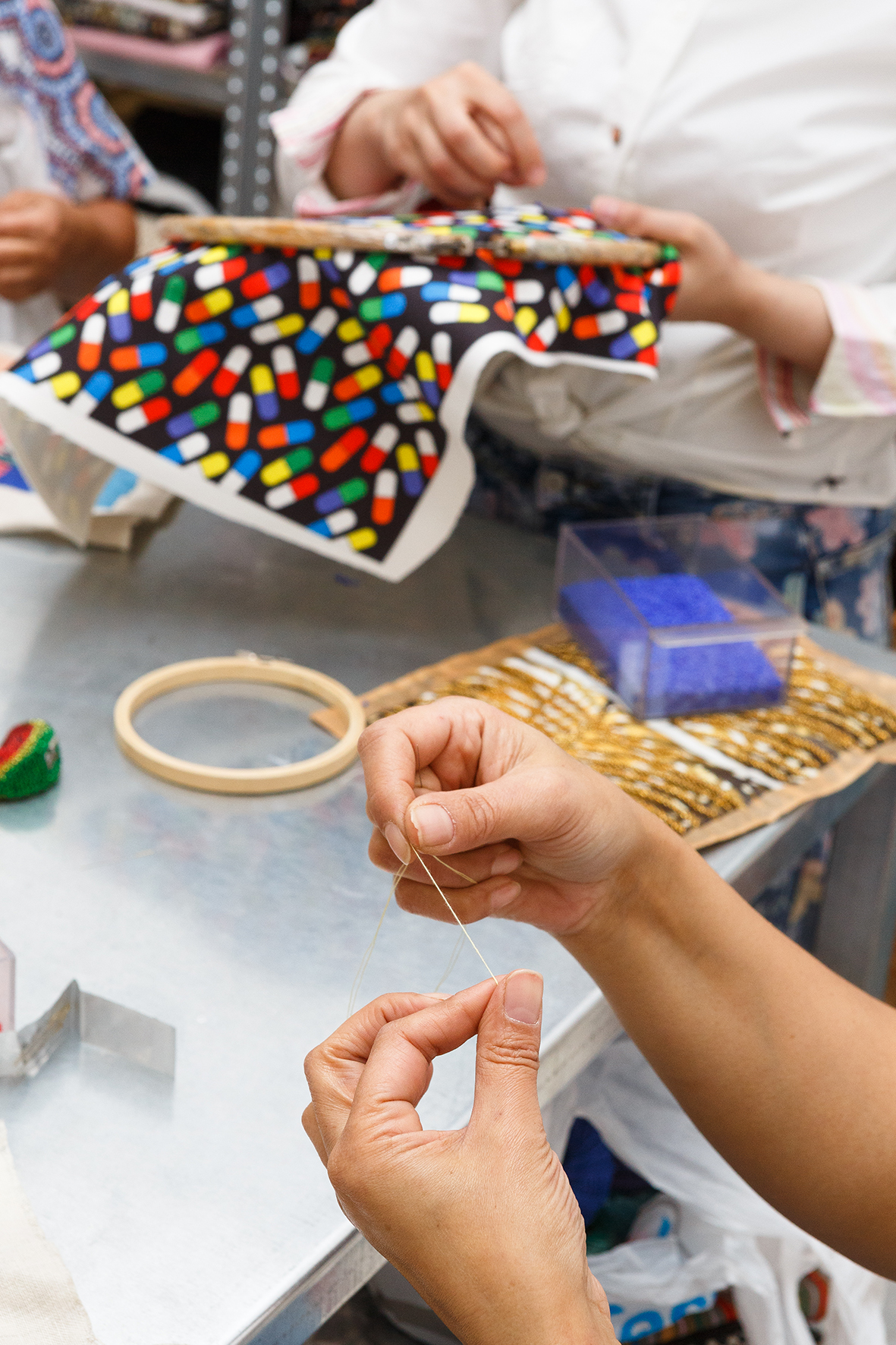 Unfortunately, in July 2006, a terrible war with Israel drastically hit the Lebanese economy and tourism industry. We had to regroup but were not willing to downsize our team of artisans who relied on Sarah's Bag for their livelihood. This was the start of a challenging but necessary journey to design for international markets.

Over the years, our collections spotlighted nostalgia for Lebanon's golden era, celebrated Arabic love poetry, parodied modern pill-popping culture, highlighted Lichtenstein's 1960s pop art, and grooved with the disco era. At the same time, we revisited Levantine culture and our rich heritage of craftsmanship. We revamped traditional techniques, creating a line of timeless classics that we still sell today. For example, our Dama bag is made using the same wood marquetry techniques and patterns featured on traditional backgammon boards in our region. 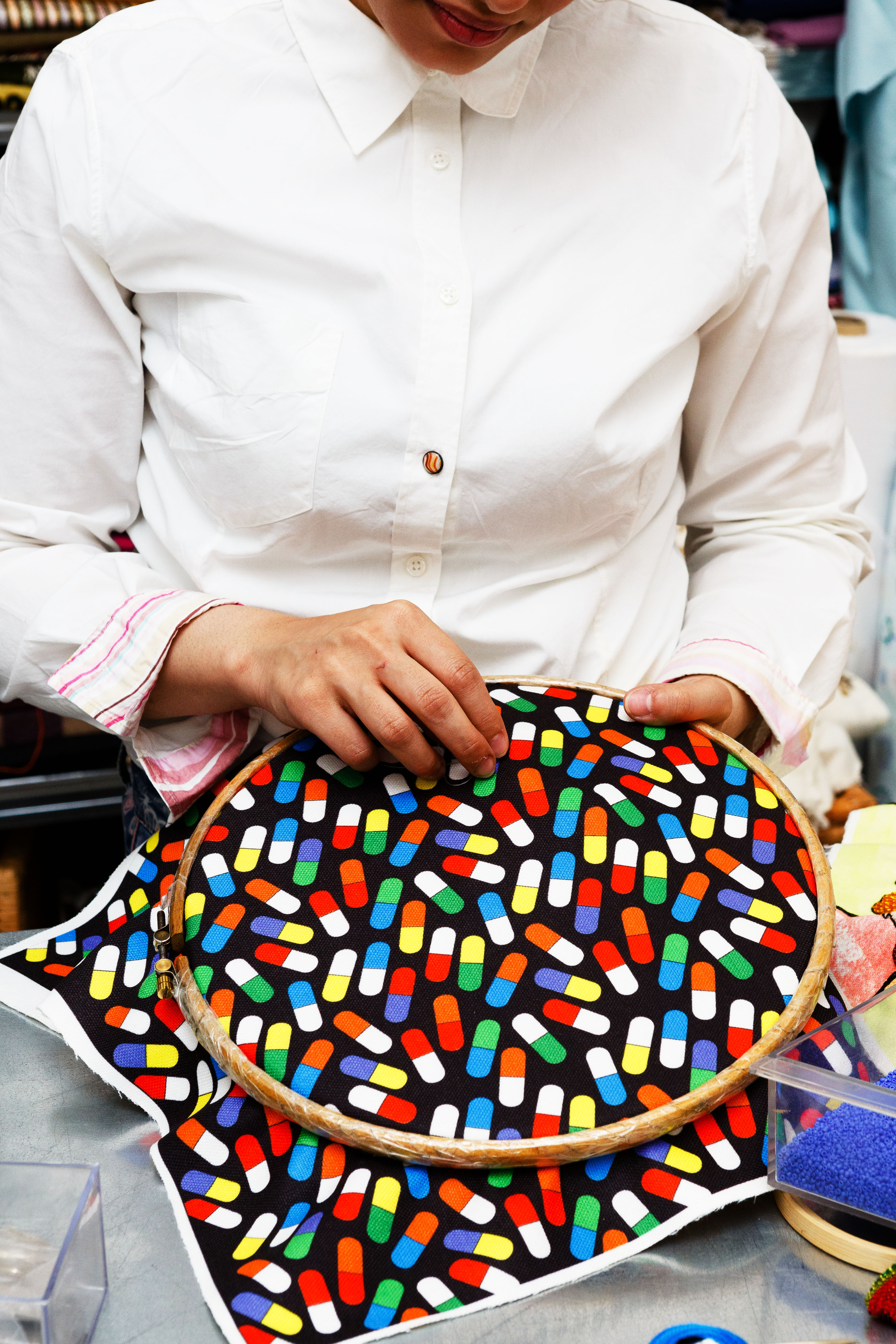 In 2014, my sister Malak, an advertising and fashion publishing professional, joined the company as a partner. We often do photo shoots for new collections together, which is always great fun. By 2015, we had fifty points of sale worldwide, however, we never were and never will be a mass-produced brand that falls into the wasteful mass production that plagues the fashion industry.

A year later, the Business for Peace Foundation in Norway awarded me and two other business owners the Oslo Business for Peace prize. They honor businesses worldwide that contribute to the communities they thrive in. It was gratifying for the whole team to be recognized for our work as a social enterprise.

However, I am most proud of having grown the business without compromising our core DNA and surviving! Since the end of 2019, we've been navigating one catastrophe after another in Lebanon. In addition to the coronavirus pandemic, our economy and currency have literally collapsed. Our boutique and atelier were destroyed in the massive explosion of August 2020 that leveled a third of Beirut. But we decided to persevere, rebuild and continue our mission because businesses like ours are needed more than ever in these tumultuous times.

Our clothes tell a lot about us. We invest a lot of money in our wardrobe,...

In 1999, I was working on my sociology graduate thesis about prostitution in...

Starting A Comfort Revolution With My Sister

For the last six years, my sister and I have lived on opposite sides of the...

The Gut Stuff On Their Journey To Becoming B Corp Certified

Lisa and Alana Macfarlane are founders of the online community ‘The Gut...