It was a wonder to see the 4-foot-high forms that she was working on, and imagine how they had risen from the lashed bundles of sticks leaning against the wall behind her. Colours – reds, oranges and greens – varying shades of natural bark, and then the bleached white Willow stripped of its bark. The colours bunched at her side had come from the Willow beds in her garden, each colour a variety, cut while dormant, the sap still down, buds formed but no leaves. 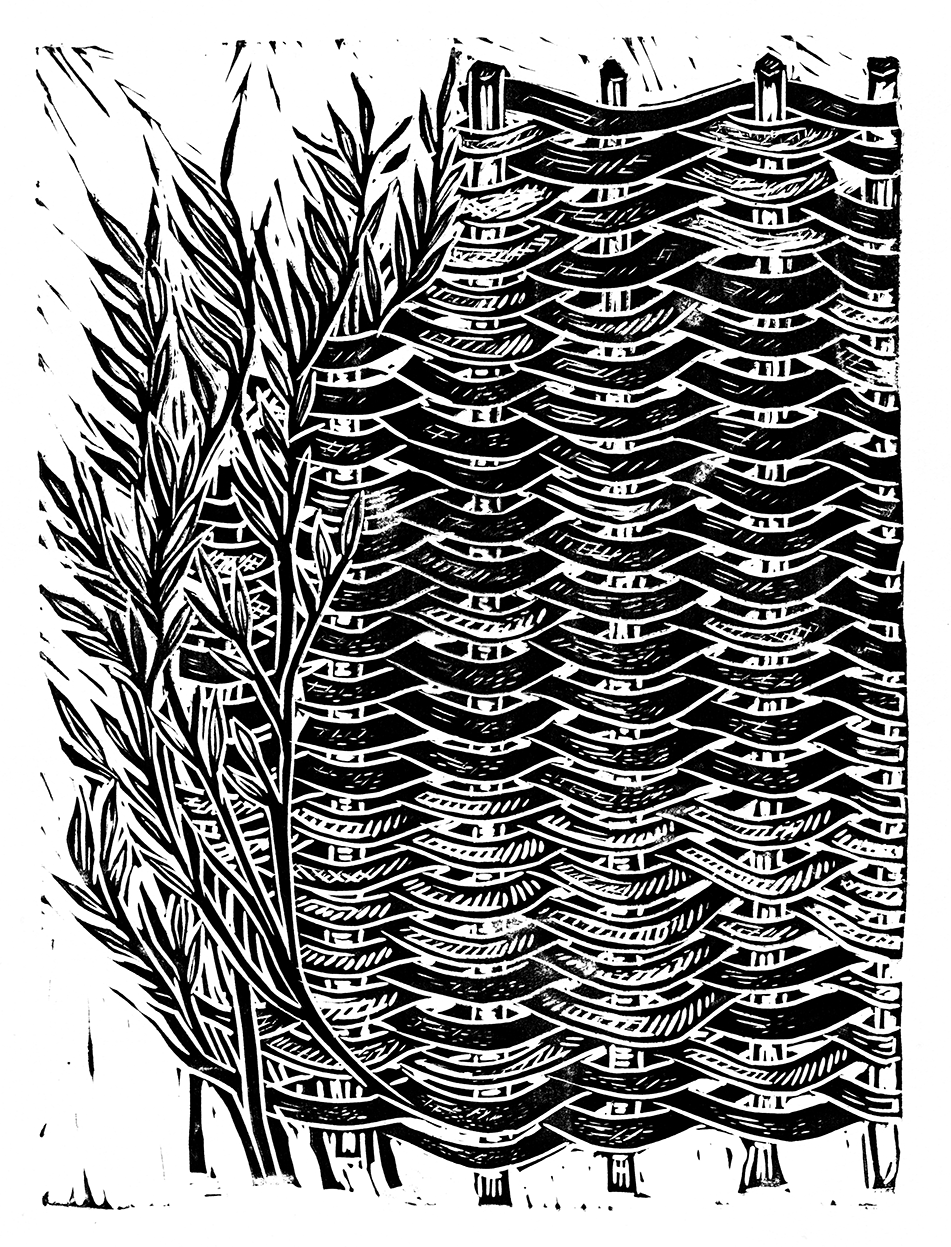 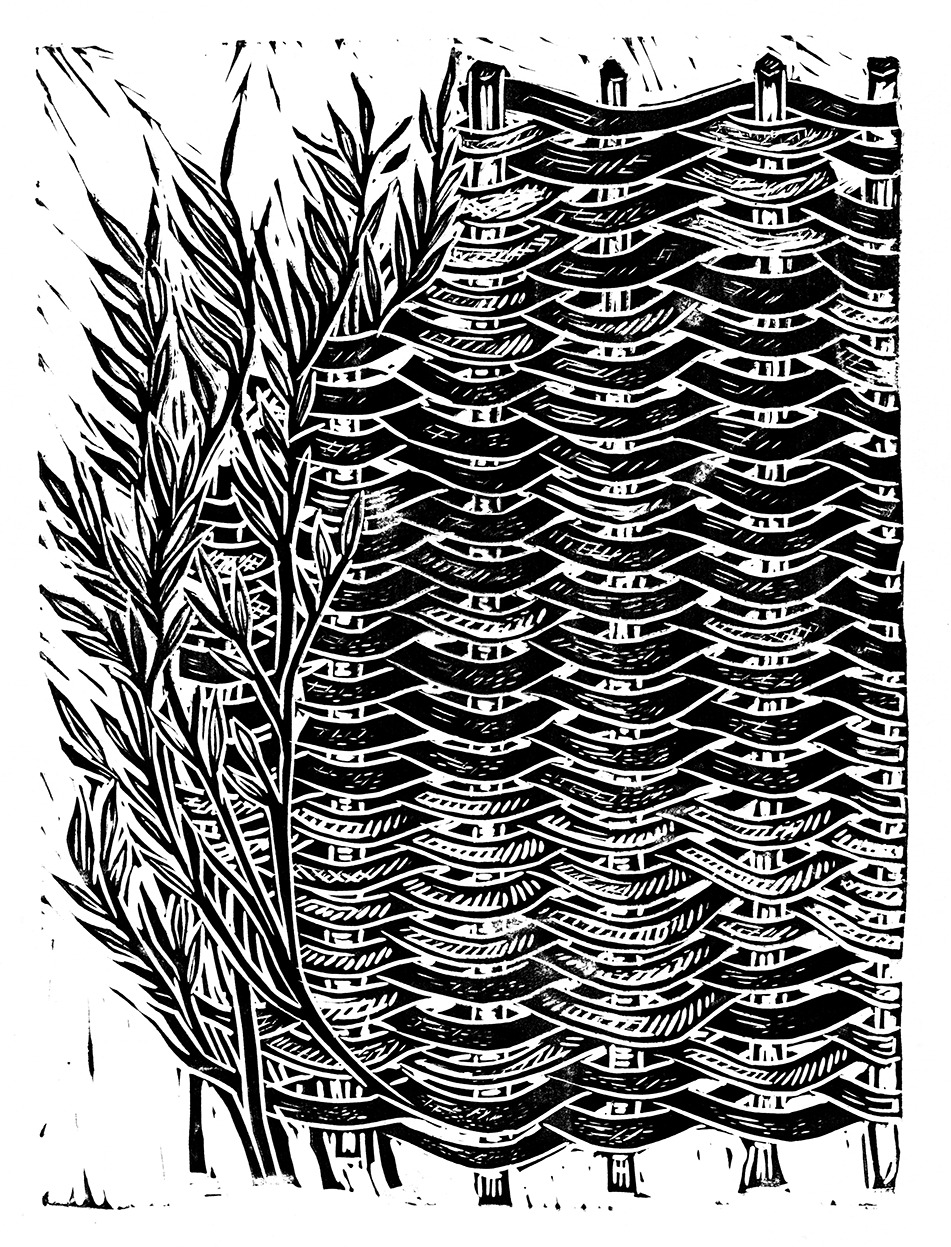