Positive Production: How Are Your Clothes Really Made?

Are you more likely to buy something made in the UK versus something made in India? What is your reason for picking one or the other? Too often, we rush into thinking that products made in lower-income countries are either unethically made, unsustainably sourced, or of poor quality. On the other hand, people often pride themselves in buying something made in a higher-income country assuming it is made with the best skills and precision by a worker who is treated and paid adequately. Unfortunately, this isn’t always the case. We cannot simply determine the quality of a product and its production through merely looking at a label.

At The Living Tee, we very proudly declare that our products are made in India. By operating from this part of the world, we believe we are making the most of the country’s skills and innovation, alongside providing positive social impact through our factory’s unique set-up. 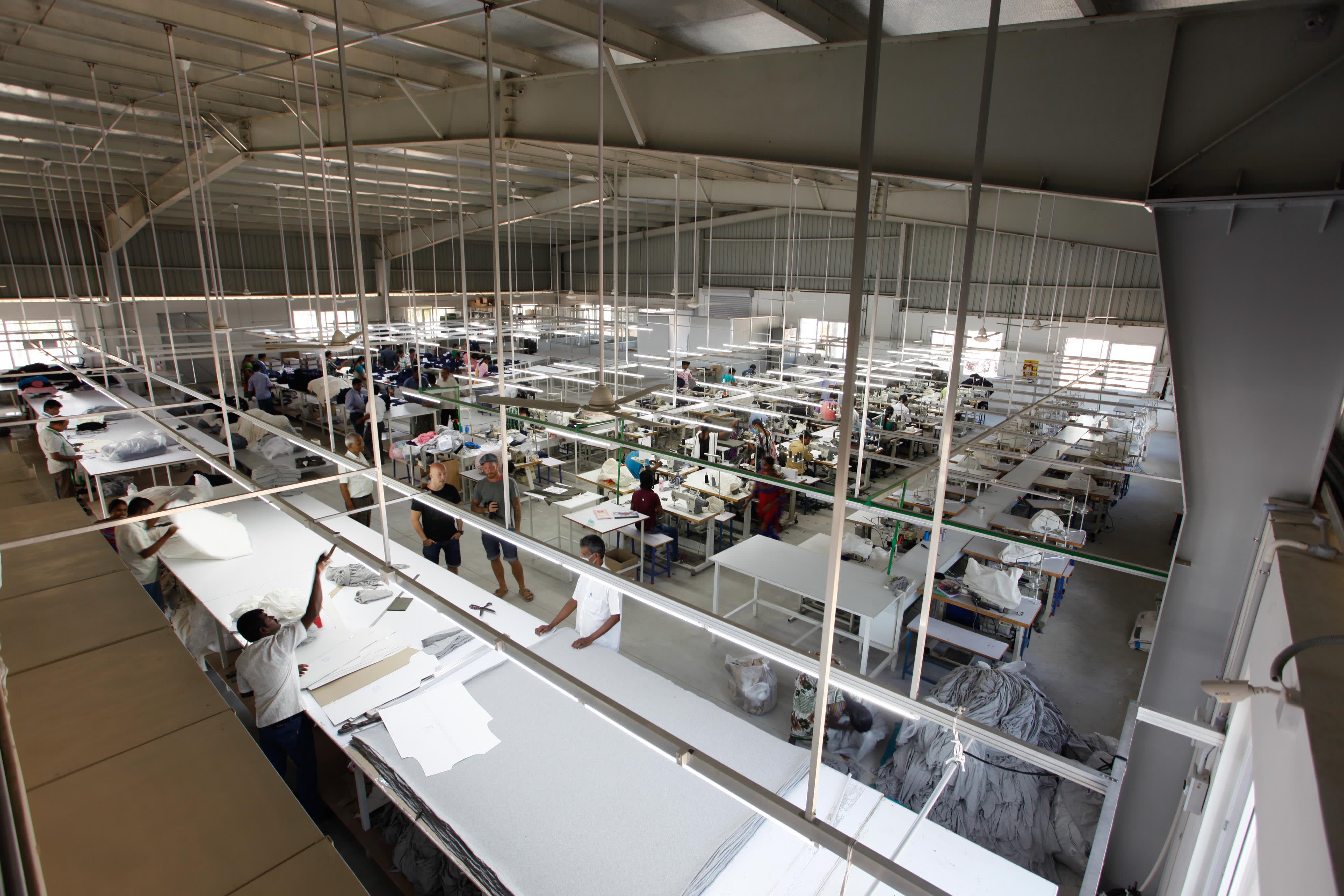 There are a number of reasons why low-income or lower middle-income countries have earned a bad reputation. There was a noticeable shift in public perception after a large clothing factory in Bangladesh, Rana Plaza, collapsed killing thousands. This disaster awoke the world to the poor labour conditions faced by many workers in similar factories all over the world. A number of investigations were later launched uncovering a number of challenges including significant human rights issues in the garment industry. This includes child labour, unethical working hours, toxic fumes, discrimination, as well as aggressive and threatening workplace cultures. Sadly, the burden is even greater for women in these countries; reports include incidents such as denial of maternity leave, inadequate sanitation and bladder infections due to lack of bathroom breaks.

Additionally, as stated in the findings by The International Trade Union Conference Global Rights Index, developing countries have fewer protections for their workers than developed countries. This means that large organisations can ‘legally’ get away with providing very little to their employees in turn for cheap yet skilled labour. The study specifically shows that countries like China, India, and Bangladesh have no guarantee of protection for their workers’ rights. 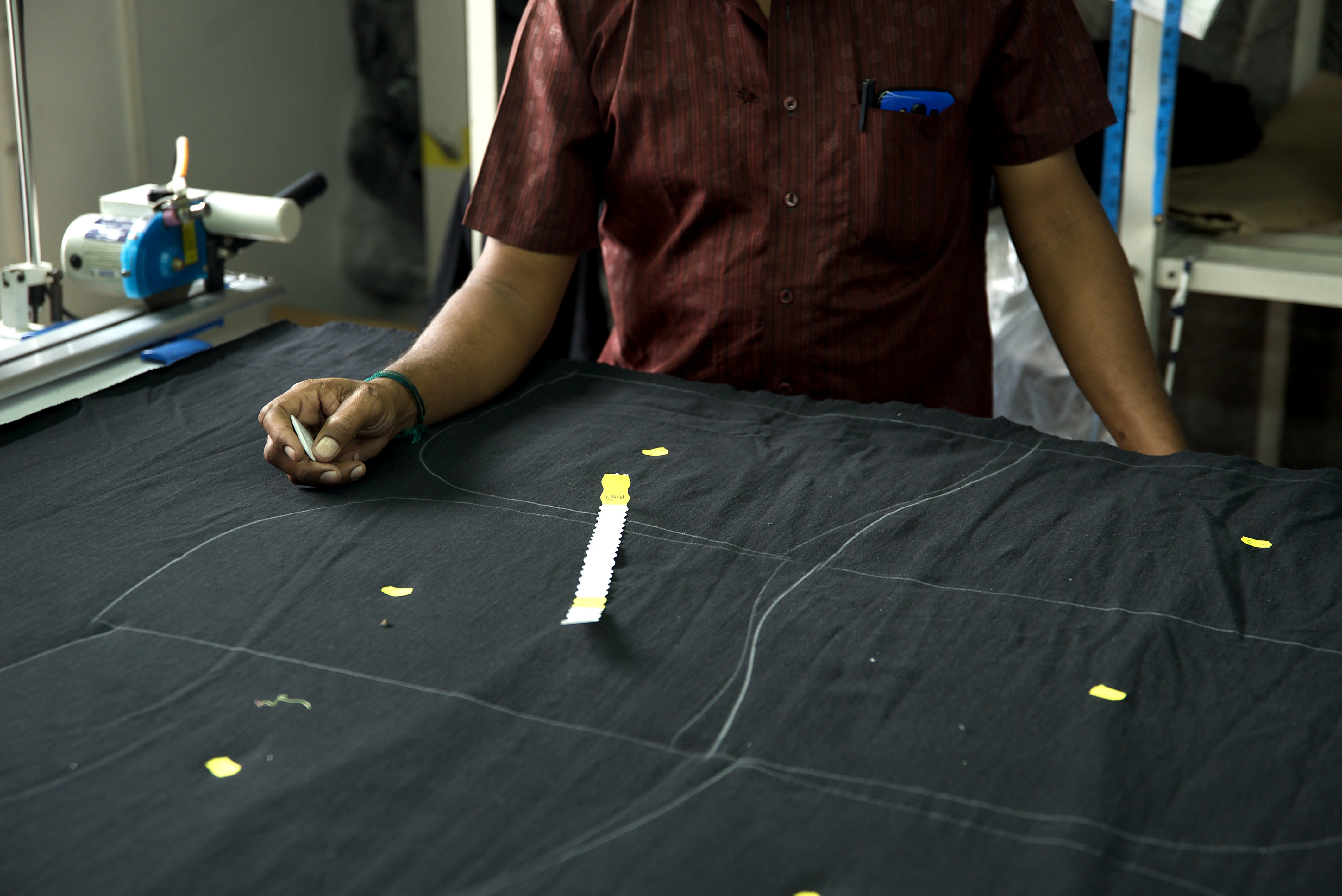 Another concern for many consumers is how environmentally friendly a country may be. An Environmental Performance Index was created by Yale University, rating how different countries treat their environment. Countries such as Switzerland, France and Denmark performed exceptionally well, whilst countries such as Myanmar and Bangladesh were the worst performing.

The Opportunity For Positive Impact

Despite all the negatives, there are brands who are taking progressive action, resulting in net positive impact. Whilst many brands will simply comply with a country’s rules and regulations (or, in this case, the lack thereof), there are many brands who are going above and beyond to provide favourable employment opportunities, whilst utilising the countries workforce and their specialist skills. Consciously operating from a lower-income country can have a host of benefits for both the country and the brand. 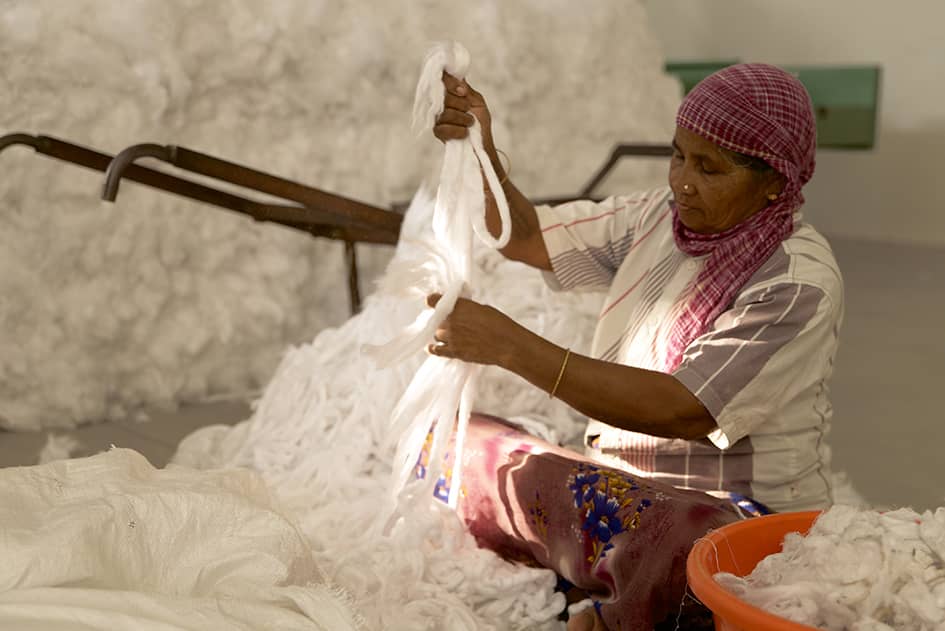 Benefits For The Brand

For example, in India, there is an abundance of available raw materials and a comparative advantage in terms of skilled manpower passed down from each generation. India is consistently one of the top three producers of cotton and the second largest spinner in the world. Having fibre production, processing and manufacturing all in one place makes it easier to have transparency across the supply chain, whilst reducing waste and transport emissions.

Many developing countries are also known for their traditional handcraft and artisan production, from embroidery to sequins and handwoven fabrics. There are a number of social enterprises and NGOs who facilitate such relationships, enabling buyers to have greater positive social impact. Utilising these skills also allows various traditions to continue in a sustainable way.

Benefits For The country

If a brand chooses to operate consciously, it can bring a host of benefits to a country. Most commonly observed are new job prospects, however this is increasingly more important for women in low-income countries. We now see brands who are going above and beyond by providing various forms of protection including paying wages above the “living wage," now referred to as a “true living wage.” Whilst a smaller proportion, there are also cases where brands have helped fostered communities and provided additional facilities, such as healthcare, which would otherwise be difficult to access. 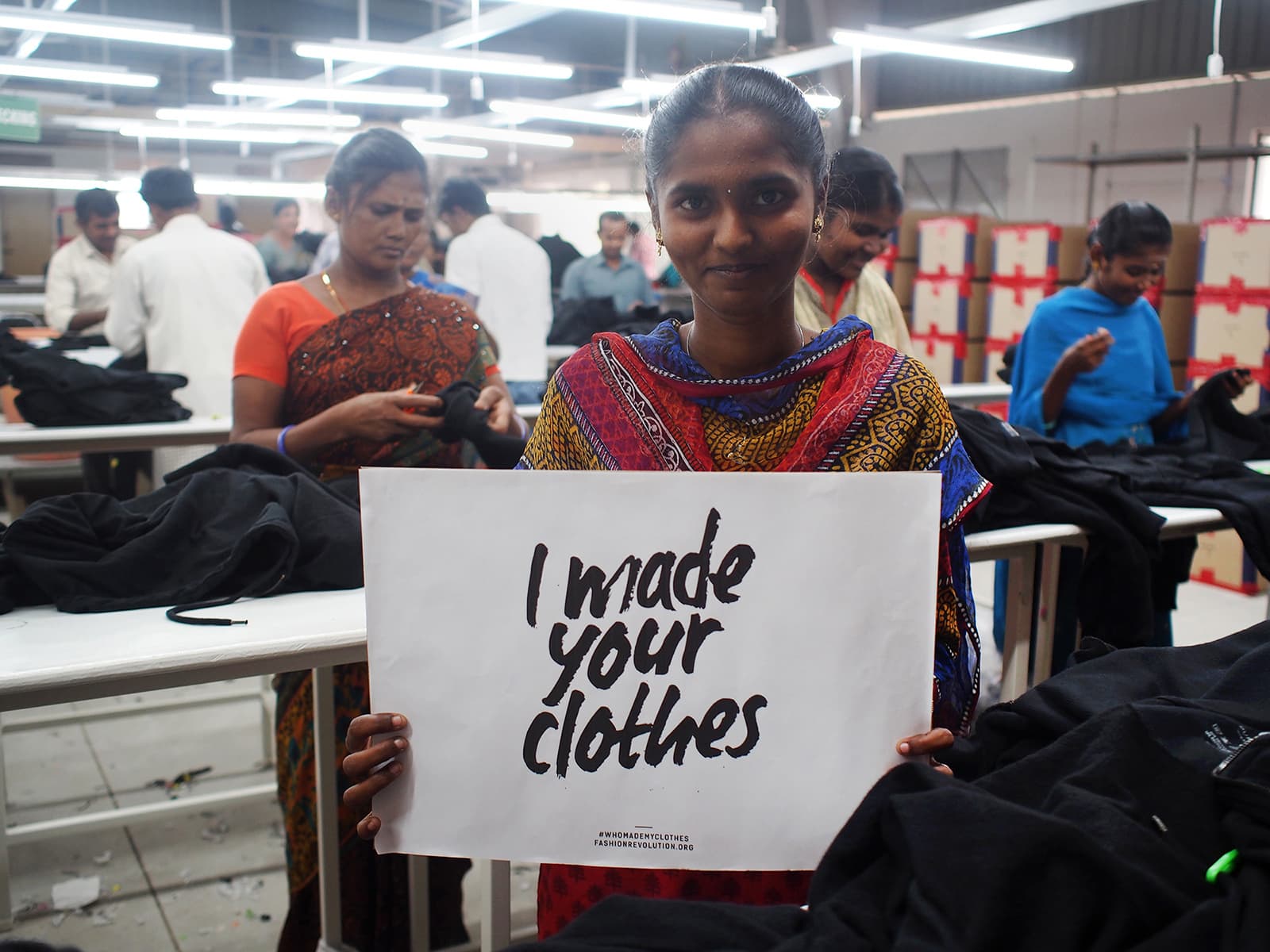 At The Living Tee, our factories provide a salary that exceeds the minimum wage to every employer. Our factory workers are also provided with a sense of security through employment contracts which include 9 hour work days (the estimated average in the industry is 14-16 hours). Anything beyond this is voluntary with overtime pay too. Employees in our factory are provided with transport and accommodation where needed with healthcare arrangements too.

Contrary to what is commonly assumed, operating in a high-income country is also not always desirable. In fact, in a study by The International Trade Union Confederation (ITUC), countries like the USA and Greece scored poorly in terms of significant workers’ rights violation. Whilst Greece was given a score of 5/5 labelled as “no guarantee of rights”, the USA scored 4/5 which is referred to as “systemic violation of rights”. Countries like Austria, Denmark and Uruguay were rated as 1/5 which is termed as “sporadic violation of rights."

Labour Behind The Label also recently reported illegal wages and exploitation as being common in the UK garment industry. Wages as low as £2-3 per hour have been commonplace in Leicester, one of the largest manufacturing hubs in the UK. 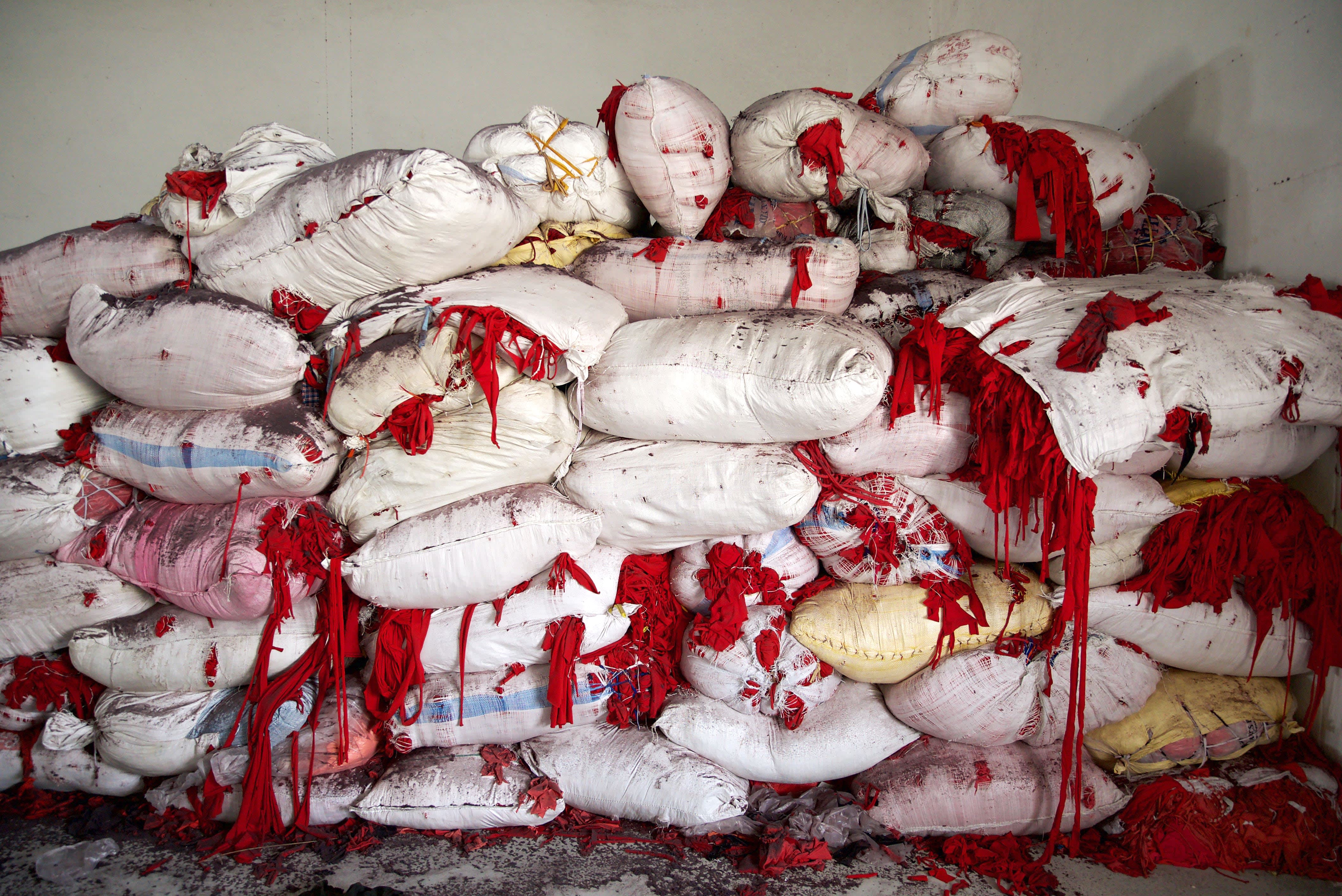 So, How Should We Shop?

Simply looking at a garment’s label to see where it was made cannot determine the ethics of the brand and its production. As consumers, we must take greater ownership of our purchases to ensure we buy with care and consideration for people, animals and the environment.

It is clear to see that brands, themselves, have the power to intervene to prevent the exploitation that occurs regularly in garment factories. Brands can go above and beyond laws and legislation and instead bring about a positive social impact to a country and its people. To do this, we must go beyond label checking and, instead, delve into each brand to evaluate how responsible and ethical they really are. We can ask questions such as: How traceable is their supply chain? What are the conditions of the factory workers? How much information are the brands willing to even reveal about their production methods and practices? What third-party certifications does a brand have?

As consumers we must demand change from big brands by choosing alternatives which truly embrace transparency, sustainability and a desire to do good. As consumers, let’s set this status quo, which will certainly lead others to follow.