Why Did A Professor Of Fishery Sciences Become A Skincare Entrepreneur?

I was 50 years old when I first noticed the changes associated with ageing on my face. Of course, fine lines had appeared earlier, but those did not cause me any worries.  It was not until two dramatically deep wrinkles appeared in each corner of my mouth, that my attention was fully captured. 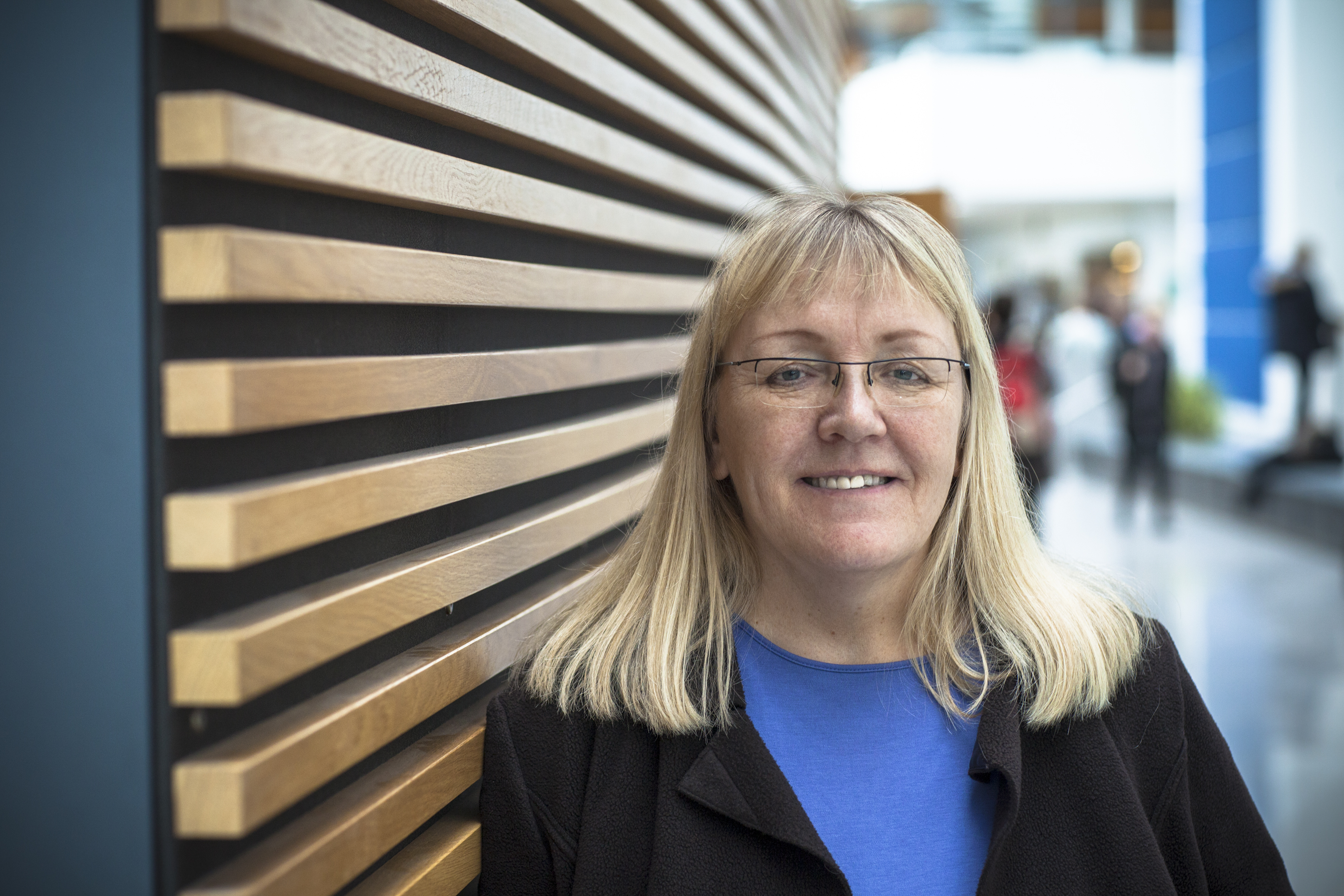 I am a full-time Professor at the University of Iceland and I was running a large research group of many postdocs and PhD students working on ocean dynamics and reproduction and development of commercially important marine species. I was not, in any way, looking for new endeavours, but was, however, already experiencing difficulties finding good hydration for my skin, to protect it during those important ocean cruises. Sadly, I discovered that my skin did not tolerate any of the products already on the market.

When reading up on skincare formulation, I became aware of what I call “the peptide revolution”. Towards the end of the last century, new technology in creating powerful bioactive compounds that could reshape and modify your skin matrix was discovered and made available. Even though I am a biologist and not excessively concerned about my appearance, I wondered what it would be like to develop a formula that would target the increasingly enlarging wrinkles on each side of my mouth. So I created a simple formula in my kitchen that included only water, oil and wax to safeguard my skin in the harsh environment of the North Atlantic.

Little did I know that this would be the beginning of a very long journey, where I would leave my professional field of fisheries and enter a new world of entrepreneurship and innovative development, while still using natural sources from the North Atlantic.

Long story short, my hobby grew at an exponential rate. I became intensively interested in the healing and skin-restoring potential of seaweeds and marine plants. I also studied mainstream skincare on the market and detected what chemicals were harmful to my skin.  I spent years on research and development with the purpose of replacing these chemicals with edible and totally harmless compounds isolated from seaweed, herbs and vegetables. Soon, my mission became clear, as I realized that my skin could only tolerate compounds that were food-grade and edible. 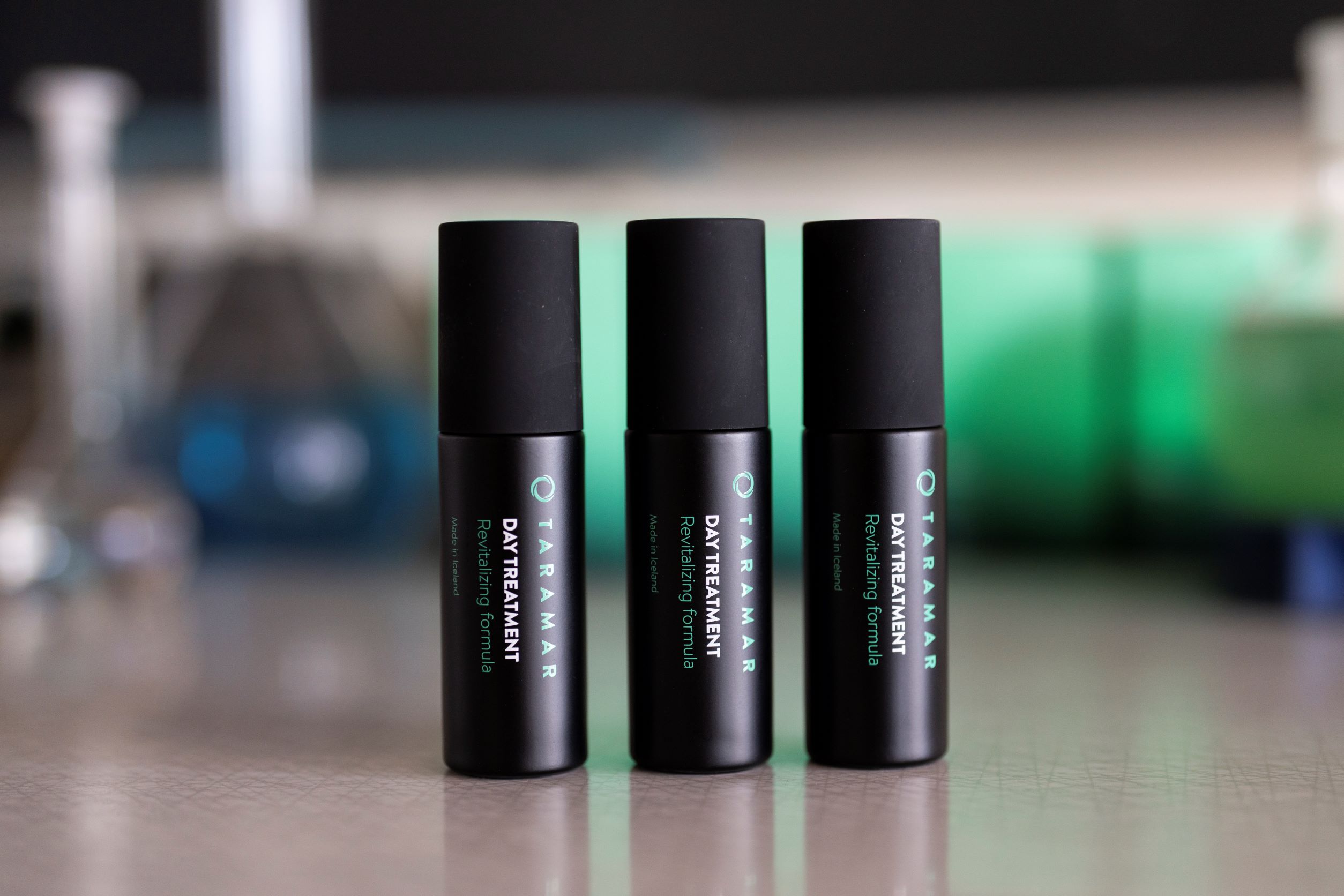 When the pharmacy department at the University moved into new facilities, I was able to borrow one of their old laboratories and start the research into the bioactivity of marine plants and plankton. One of the biggest moments on my mission was the discovery that my husband, Dr Kristberg Kristbergsson, who is a professor in food sciences at the University of Iceland, possessed knowledge that would revolutionize my skincare development. He had extensively studied superfoods that included omega-3, antioxidants and nutrition from marine and terrestrial plant sources. 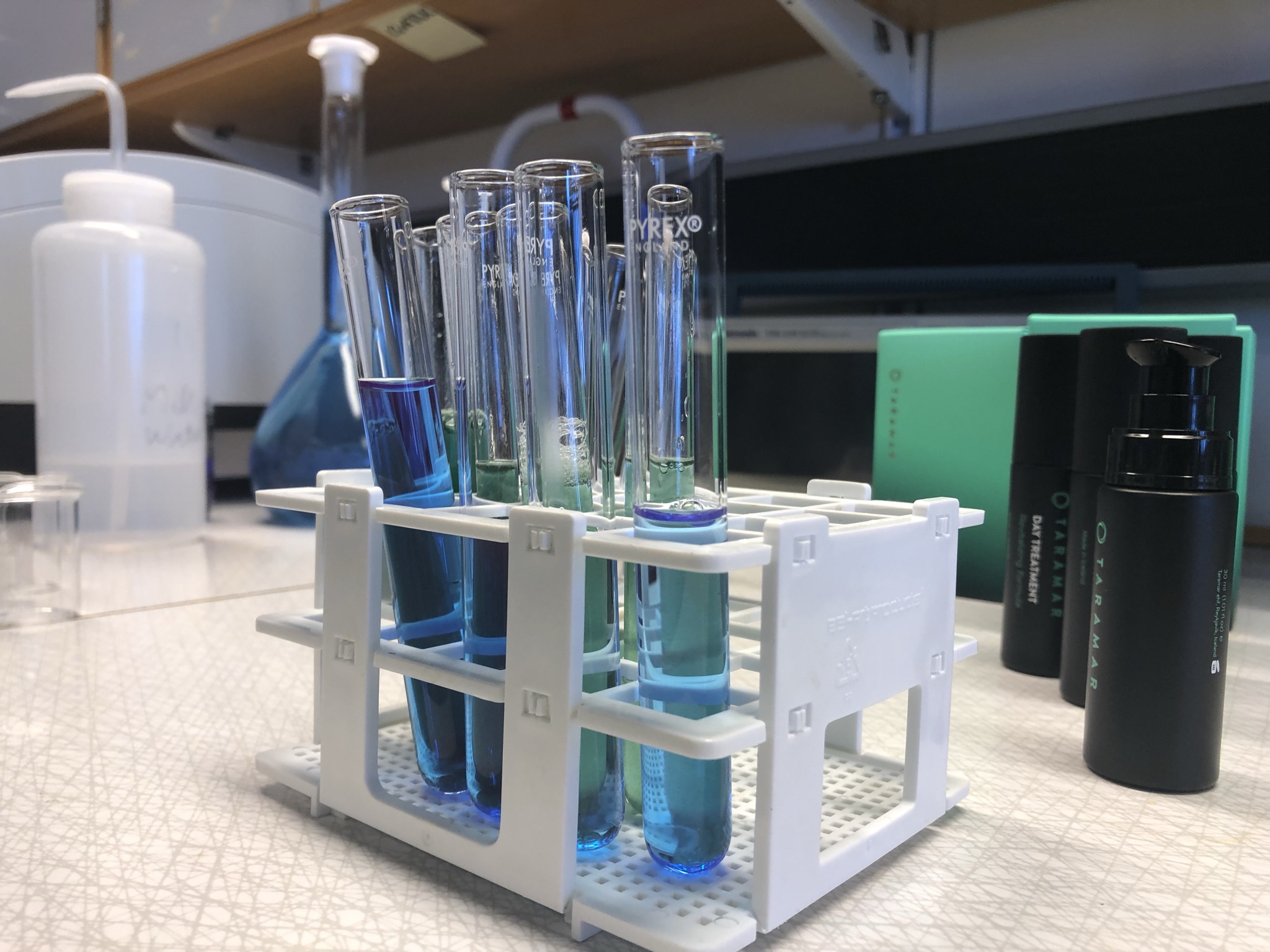 He and his collaborators in Europe and the USA were, at the time, using interesting technologies in the development of superfoods. These technologies solved many of the issues that I had encountered and provided the state-of-the-art solutions that would go on to make TARAMAR products unique.  One of the main problems in skincare is to deliver the skin actives (in our case these are naturally extracted compounds from winged kelp, seaweed, calendula, yarrow, viola and other organic herbs, coenzymes and peptides) deeper into the skin, where they can participate in the cellular operations. Kristberg’s research set us on the right track and we transferred the outcome of the superfood delivery systems into our formulation for the skincare. This action totally revolutionized our formula. They became much more powerful — for example in the Day Treatment cream, in the first 2-5 days, your skin may become slightly red (the inner system of the cells is being re-boosted) when the metabolic actions are being reactivated. Gradually over time, the skin becomes firmer, more elastic and starts to radiate a beautiful healthy color.

As a result, we started a joint venture, with his whole laboratory then directed towards research combining food science and skincare. Today we have transferred more than 30 years of research outputs in food science into our skincare development. 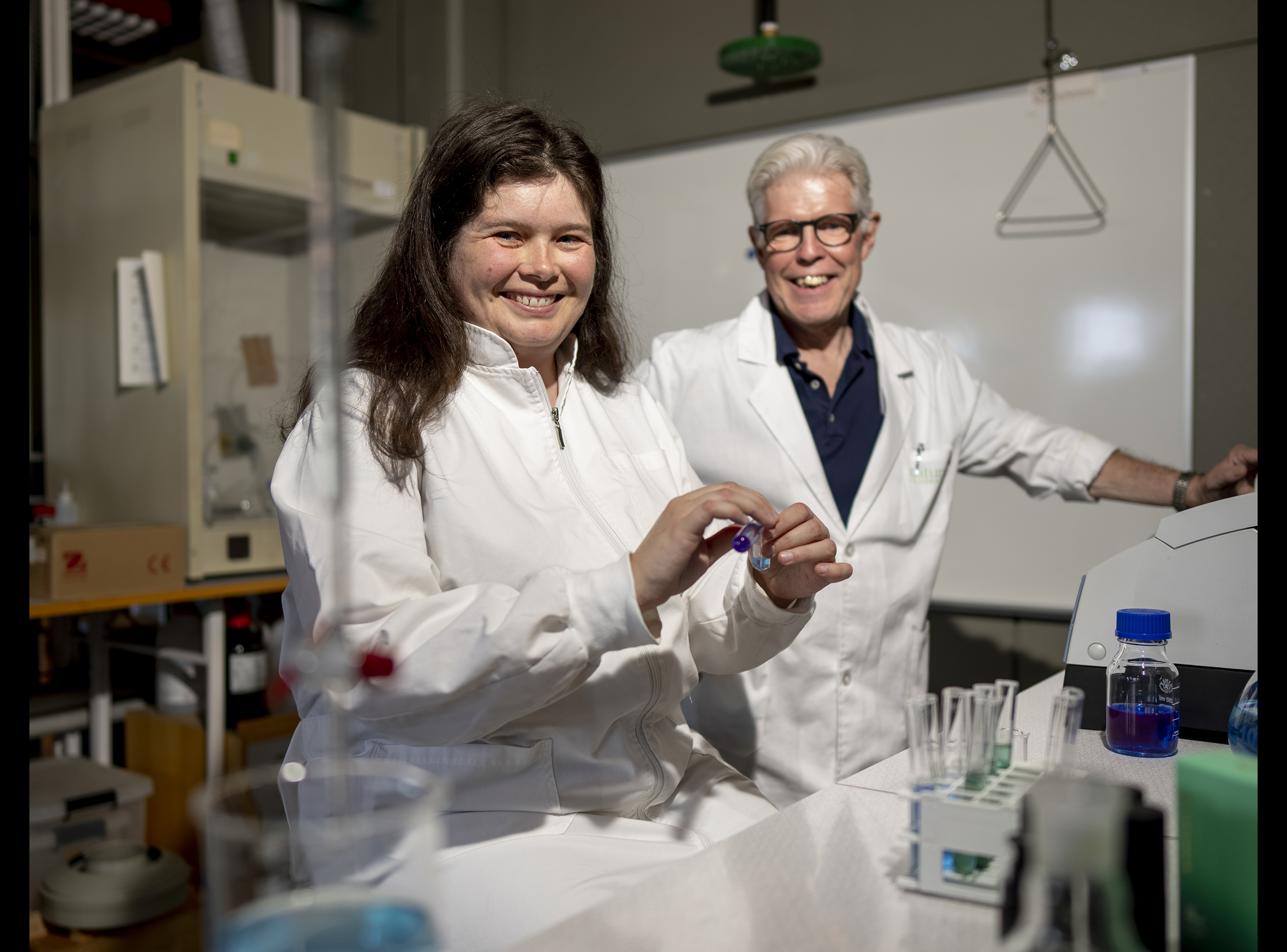 This is the reason why TARAMAR products are in many ways more similar to food than any of the mainstream cosmetics. Indeed, in all of the TARAMAR products, we were able to remove all chemicals that could potentially be harmful and replace them with innovative skin actives developed from seaweed, fruits, vegetables and herbs. 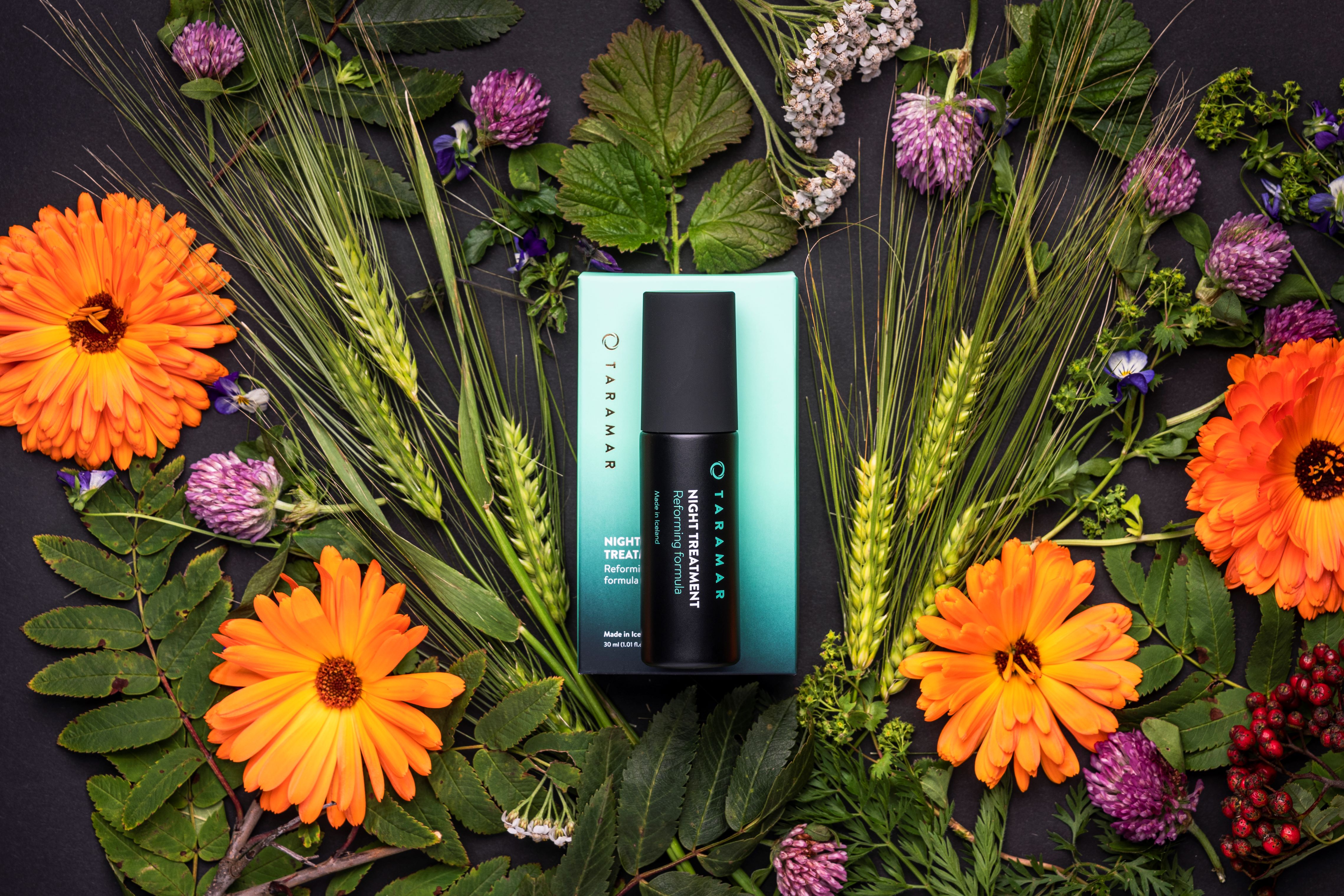 Today, the TARAMAR products have been awarded 25 Gold, Silver or Bronze prizes at respected international campaigns. However, the biggest pleasure in all of this is the ability to solve many of the skin problems that so many are dealing with. As a result, we have scores of customers that have reconstructed their skin, recovered from rosacea and eczema, boosted collagen synthesis in their skin and gained a smoother, fuller and more youthful appearance. 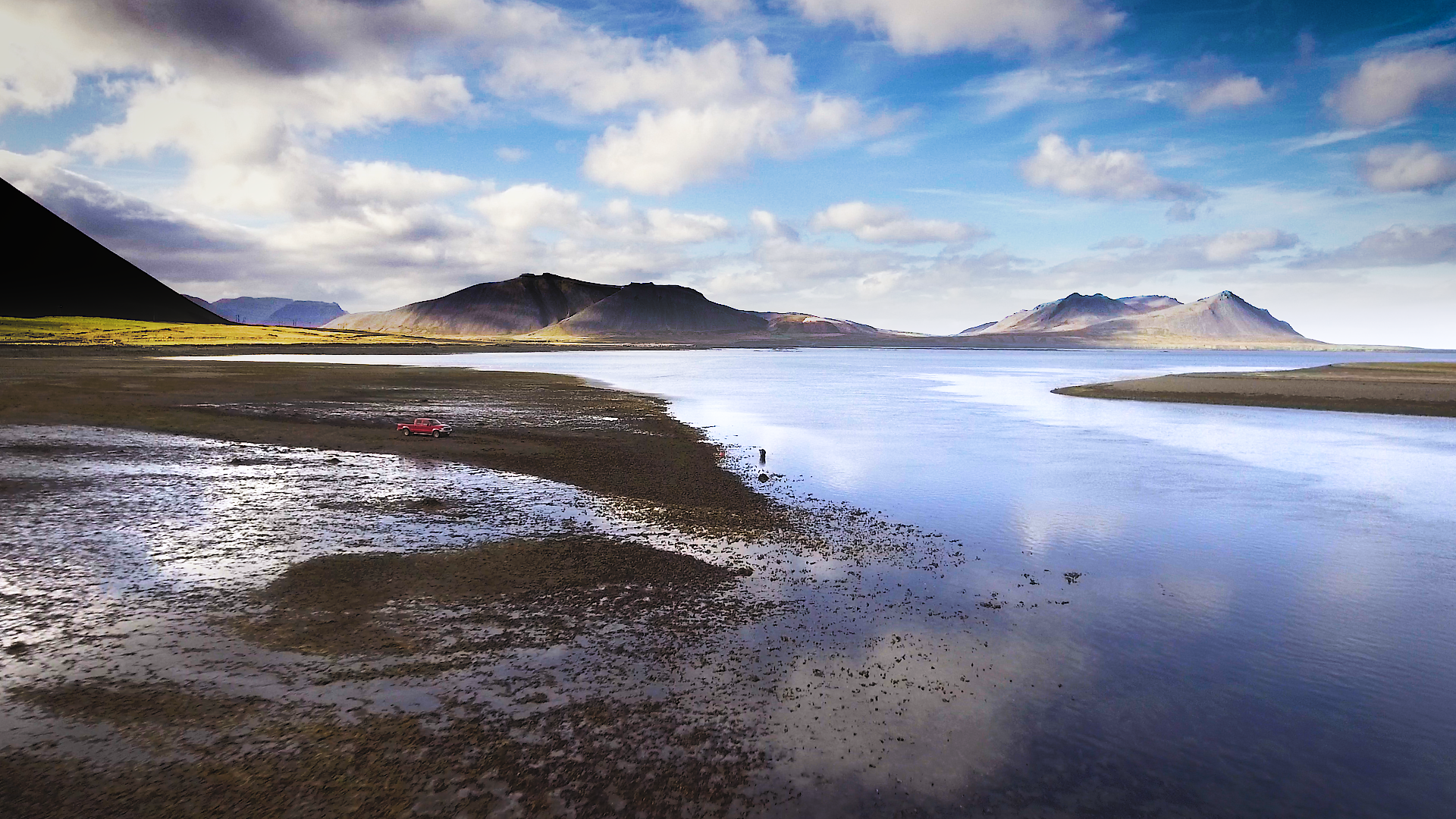 Why Did A Professor Of Fishery Sciences Become A Skincare Entrepreneur?

I was 50 years old when I first noticed the changes associated with ageing...

How to Start A Family Business Without Killing Each Other

Are you thinking of mixing business with pleasure? The results can be...

How To Your Activate Your Divine Feminine

The divine feminine is a genderless energy. You have it, I have it, we all...

Lose Yourself In The Studio With Artist Holly Kennedy

As the sun pours in my window basking my table in light, colors begin to...

How Nature Inspires My Designs

I always make a joke that, where I come from, there are more bears than...