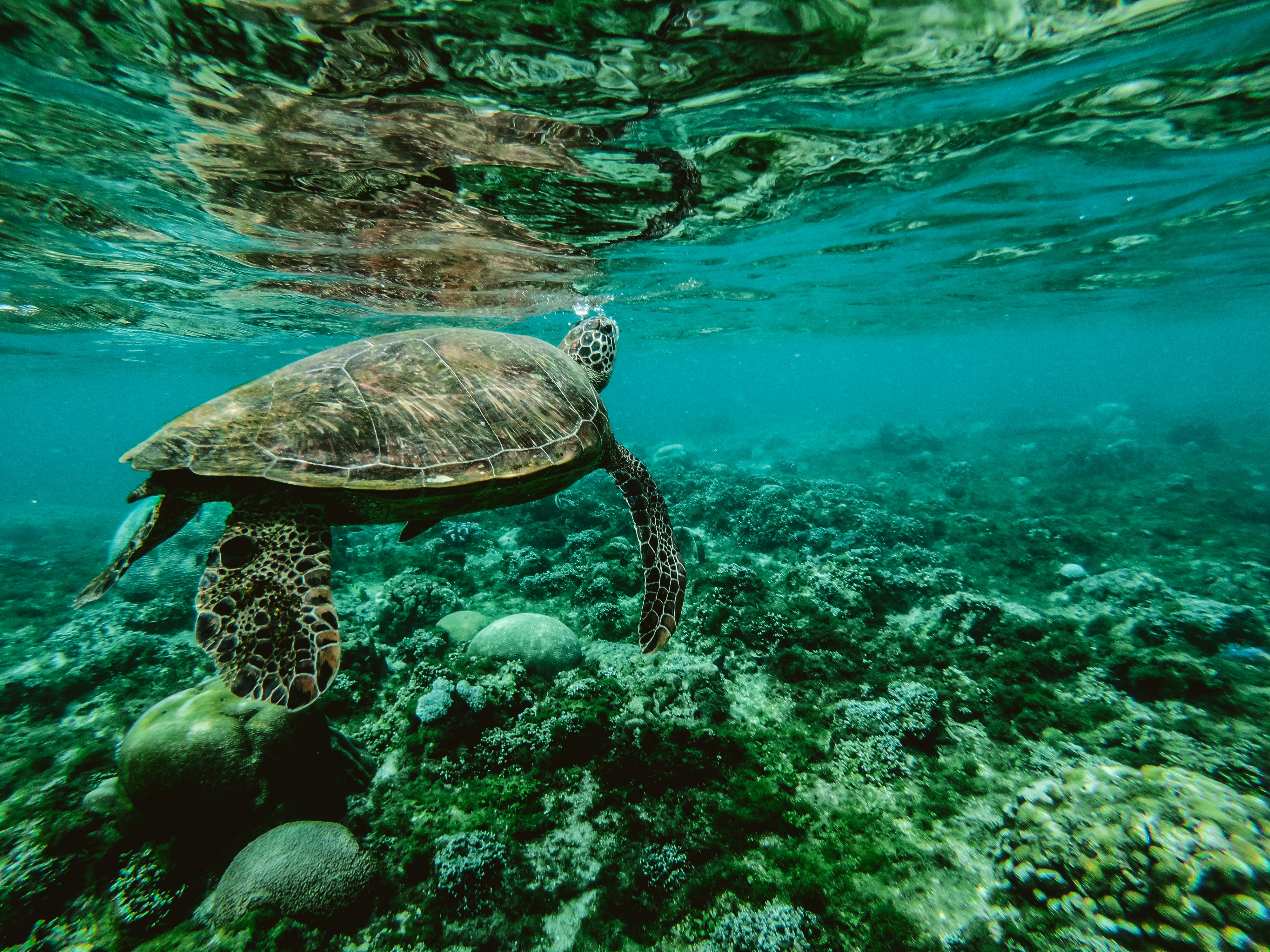 Most of us have friends in entertainment, food and beverage and other industries that were severely impacted by COVID-19, but also other fields suffered, that didn't make national headlines.

One of the lesser known indirect victims of COVID-19 is the South Carolina Aquarium in Charleston, which had to close its doors for a period of time and after reopening had a significant lower turnout of tourists as usual. Being based out of Charleston, we had friends working for the Aquarium who got furloughed and we discussed the dire situation they are in, as well as the outlook and were wondering how we could raise awareness and help. So when Wolf and Badger was looking for suggestions to celebrate Ocean Month, we decided to use the occasion to start a fundraiser.

An integral and wonderful institution of the Aquarium is the Sea Turtle Care Center, that aids sick and injured sea turtles in partnership with the South Carolina Department of Natural Resources (SCDNR). Since it was also affected and has to currently make ends meet, we reached out to them to cooperate.

They were fast won over and loved our Golden Sea Turtle Necklace, a design we are now offering on Wolf and Badger (you can find it here), as well as later on in the gift shop of the Aquarium.

75% of all profits go directly to the Sea Turtle Care Center and their Guardian Program, that we got the honor to be introduced to.

Here's how they work: When a sea turtle is found stranded or injured, SCDNR brings the animal to the Sea Turtle Care Center for treatment. Sea turtles arrive most commonly suffering from debilitated turtle syndrome, shock from being exposed to cold temperatures, or injury from a boat strike or shark bite. The veterinarians diagnose each turtle and work with Care Center staff and volunteers to provide treatments and rehabilitative care. Based on the sea turtle’s condition, a variety of procedures may be performed, such as x-rays or ultrasounds. Rehabilitated sea turtles are released home in hopes that they will become reproductive members of the sea turtle population.

Meet the direct beneficiaries from our fundraiser:

This little 4lb turtle was caught on hook and line by a fisherman who was fishing on his boat directly under the famous Ravenel Bridge in the Cooper River. After not being able to remove the hook, the fisherman alerted the SCDNR who rushed the little patient into the Care Center. There they removed the hook and as of now the little Kemp's turtle is recovering well, you can check for updates.

Juvenile Green Sea Turtle Wando was found in the intracoastal waterway, floating and unable to dive. After having been treated with antibiotics and having passed two large pieces of plastic, he is now over his buoyancy issues and will be released as soon as the veterinarians see fit.

Loggerhead turtle Bella was found stranded on North Cape Island by U.S Fish and Wildlife biologists, who monitor sea turtle and shore bird nesting in Cape Romain National Wildlife Refuge. After observing that she was covered in epibionts and very lethargic, she was brought to the Care Center in order to be properly examined, treated and helped to regain strength. For now everything is going well and with a little help, she will soon be out again in the open waters of the Atlantic.

These are just three of the current patients of the Turtle Care Center that we decided to support in honor of Ocean Month, as they remind us that community does not know race or elements.

We hope to get you on board and either help us fund raise through a purchase or through a direct donation to the Sea Turtle Care Center.

A mere look at the statistics is a shame..